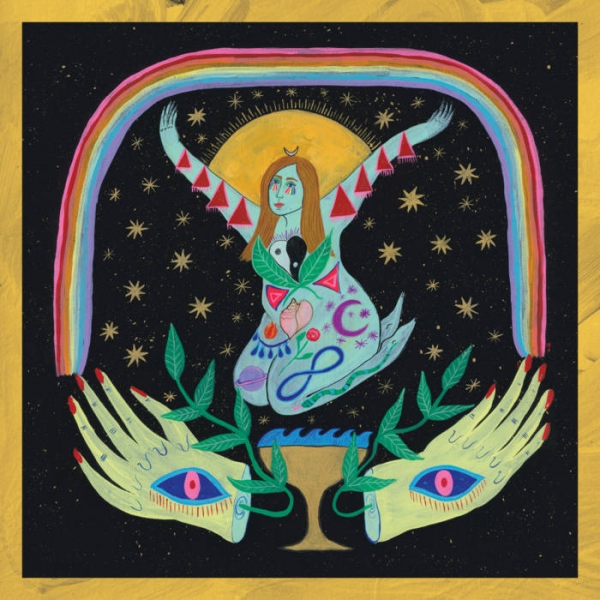 Emma-Jean Thackray makes spiritual jazz for 2021, so it’s fitting that astrology is a core motif of her debut album.

With Yellow, Thackray solidifies her place in the vanguard of London acts bringing younger audiences to jazz. Irony levels vary, but astrology is a significant player in popular culture, and like Marquis Hill last year, Thackray draws on it in earnest.

Her meditative and meditation-oriented lyrics reflect the Taoist philosophy she grew up learning, and sometimes she meshes the two; on the opening track, the title, “Mercury,” becomes an energizing mantra. Yellow has the cosmological foundation, but Thackray sounds nothing like the spiritual jazz artists of the twentieth century, nor like Shabaka Hutchings. She’s a unique voice in the London scene, and, as Yellow shows, her range is vast.

Thackray certainly draws on Alice Coltrane, Pharoah Sanders, and Sun Ra, but more in spirit than in sound. Instead, she pairs the rhythms and whimsy of P-Funk and Afrobeat with the soft synths of Detroit House, along with soulful vocals and chanting that recall UK contemporaries Sault. Perhaps what’s most impressive about the record is how seamlessly it transitions between styles. On “Say Something”, Thackray’s intones over loungey keyboards, Afrobeat influenced bass, and disco drums before synths herald a transition to a melding of ELP-style ‘70s progressive rock and neo-soul. The following track, “About That”, brings in hard bop. “Venus,” one of the most ecstatic tunes on the album, begins with an Afrobeat rhythm section reminiscent of fellow London jazz mainstays Ezra Collective. Then Thackray’s voice enters, with stunning, rhythmic backing vocals that make SAULT comparisons impossible to avoid (in a good way). The next tune brings in colorful funk — well, “Green Funk”.

It’s natural for Yellow to cover so much stylistic ground given that Thackray seems to live and breathe London jazz. Her music exists at, and builds upon, the intersection of the sounds of so many of her peers. Like her London contemporary Moses Boyd, Thackray blends brass-focused jazz with EDM. On keys, Lyle Barton emulates the R&B-inflected smoothness of Nubya Garcia, Ezra Collective, and Joe Armon-Jones, whose solo work lives in a similar sprawling, psychedelic soul-jazz space. Like the UK’s Chicago ally Makaya McCraven, Thackray composed the record’s songs from snippets of sessions with her band, transforming them into final compositions that nearly sound live. And, as in any self-respecting London jazz band, there’s a tuba.