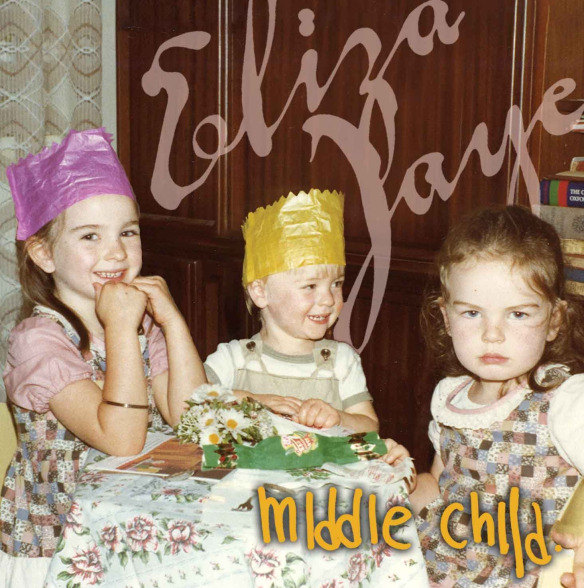 Australian-born powerhouse of talent Eliza Jaye tragically passed away earlier this year after a battle with cancer, but she leaves behind an astronomical range of instant classics with her album Middle Child.

From a long history of touring worldwide, Jaye fell in love with Europe in particular, before settling in Brighton. Her second solo album, Middle Child, displays the rich mix of styles and influences that she gathered along the way. From classic rock’n’roll to tender ballads to a big country sound, the range of her craft as a singer-songwriter elegantly marries with the impressive range of her voice and her skills as a violinist.

Produced by Joe Gibb (Leftfield/Catatonia) at his studio in the Mumbles, South Wales, Jaye found herself at home among the quaint community, regularly attending yoga sessions and trying out new material on the locals, as her health started to decline. The end product of this unconventional context is an intricate journey through the many genres that made up Eliza’s sound, and a powerful legacy to remember her by.

The gentle strum of country-rock traces through tracks like “Sugar Cane”, filling the space with a joyous warmth of someone that clearly loved life and loved to love. The effortless twang of her voice bends around every lyric, and along the globetrotting journey of “My Sunrise” similarly. Conversely, she hits out with punk-rock mastery on tracks such as “Run Like The Nile” - sounding not unlike her fellow country-woman Courtney Barnett – as she pushes her voice in all directions.

Another prominent string to her bow is found with tracks like “Tenderness” – an intergalactic lullaby where the soothing caresses of her voice usher in a moment of stillness. A clearing in the clouds on a dark night. Yet darker still comes the bluesy mystery of “Déjà vu” and the cinematic enthral caused by the murderous “Tigers”, which leave her sound creeping around the realms of Lana Del Rey.

Not satisfied with claiming only half of the musical spectrum, Jaye unexpectedly delves into indie-disco inspired beats with “I Do” and new-wave rhythmic experimentation on “Orchid”. Eventually “Take The Time” sees her peacefully bowing out, poignantly done with a song she first wrote at the age of 12, as she escapes into the upper regions of her vocal range and higher still into the ether.

Eliza Jaye’s story is tragic and entrancing, making the journey and range of this album even more impressive. She was a real talent, mastering every possible angle she could position her sound, and she won’t go unnoticed.