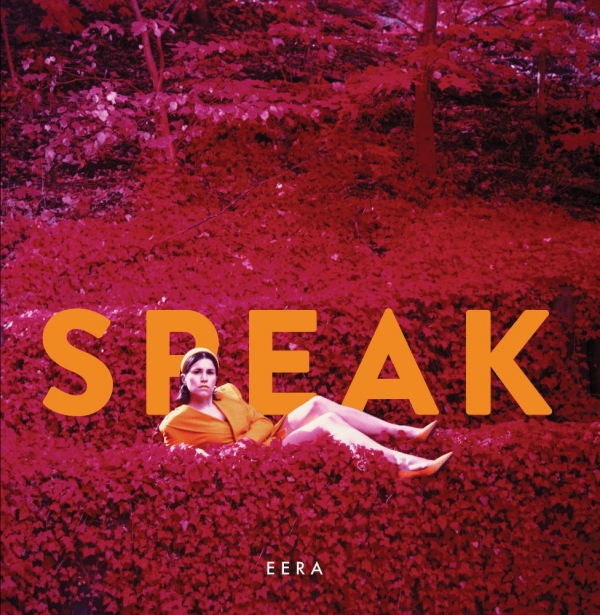 EERA, like any dialectician worth their salt, knows that everything is the result of opposition and contradiction. Norwegian singer, songwriter and guitarist Anna Lena Bruland describes one of the core premises of Speak – her second album after 2017’s Reflection of Youth – as the contrast between sonic textures, “hard and soft, light and dark”. And if you’ve ever wondered what “light and dark” textures sound like, EERA might just have the answer.

From the off, it’s clear that Speak revels in a dense acoustic antagonism not found on its predecessor. Opener "Solid Ground" is anything but, as Bruland builds a shifting, babbling tower of spectral vocals and elongated, enraptured guitar riffs. It’s followed by "Falling Between The Ice", whose crystalline synth pop breakdown perfectly preserves Bruland’s offhand, contemplative lyricism.

A ferine trill and a thrumming grunge bassline set up the standout second single "The Beat", as Bruland studies the nihilist’s catechism: “How to explain / How to explain nothing / It will remain the same / Questioning riddles you have brought to me / Answering aimlessly.” The unexpected answer is revealed in a thunderous epiphany, as the song plunges upwards into the immense tractor beam of a higher power: “Tell me what I should do / Never repeat the beat.”

Speak is, in some ways, a reflection of Reflection. There are the same shoegazey, garage-inflected EERA cuts channelling Nirvana and PJ Harvey, often imploding upon contact with foundation-shaking bass drops. It pulls itself together into a melancholy middle section – here a tight mesh of melodic indie – that unspools, allowing its most intriguing ideas to flare out, overlap, and contort as the record reaches its climax.

"My Muse" is a confounding minor marvel of arrhythmic jolts, exhilarating in its discordance. "Speak is the longest on the record, where a soft electric lullaby is smothered by the echoes of a stuttering guitar that teeters on the verge of exposition. Bruland delivers her compassionate refrain: “Attached to his past / Remembering the words of his mother: / Speak, make a sound / Fragile and proud”. Bruland has said it was inspired by the taciturnity of her father, and what she felt was his tendency to suppress – or perhaps not acknowledge – his emotions. As frantic beats coruscate beneath the surface of a meandering synth on "Outro (Women)", Bruland ponders further existential quandaries: our tendency to abuse what we have in life, and our refusal to be kind to one another.

Reverberating throughout Speak is the opposition between the forces of domination and of liberation: from the voices that exercise control on the opener, to those on title track with their promise of empowerment but also exposure. As EERA knows, oppositions and contradictions ultimately result in transformation – they give rise to something new. The result here is a compelling record that is as confident in its shiny, polished singles as in its crepuscular oddities.