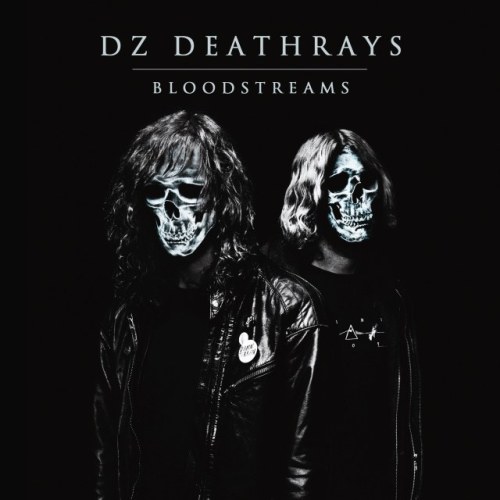 Sometimes all it takes is a twist. Take an existing formula, add a dash of something a little leftfield and then just blend the living daylights out of it. That’s how I imagine Australian noiseniks DZ Deathrays approached putting their old-school hardcore meets psych rock down on record. Their debut full-length certainly enjoys a certain barely-restrained ferocity, but does the little twist of imagination make it work on a pair of headphones as well as it doubtless does live?

Initial forecasts are optimistic. ‘Teenage Kickstarts’ and ‘Cops Capacity’ are both rip-roaring, thrashy and compelling; and at the crucial fourth (proper) track mark – where a change of pace usually signals the end of high-octane single-material – we hear ‘Play Dead Until You’re Dead’ which strips things back to heavily-decaying organ swirls and a laconically catchy vocal. It’s all the better for it, and prove for the first time on the record that DZD to have more gears than attack-attack-attack.

And that’s the crux of why this album is so good: its capability to be utterly in-your-face but then to understand, a track later, that you might need a little breathing room, more of a groove than a frenzy, although still without skimping on big riffs or cataclysmically crashing percussion. Single ‘Gebbie Street’ is so full of bluesy swagger that it could have almost been a later Stones track, and moreover it breaks things up again at just the right interval.

Not every track manages to avoid an over-reliance on sheer visceral crunch; ‘Dinomight’ especially suffers a little from mid-album filler syndrome, and ‘Dollar Chills’ sounds suspiciously familiar, but they’re the exception not the rule in what is otherwise a compellingly raw album, full of attitude.

Ultimately, ‘Bloodstreams’ is an admirable, idiosyncratic record that unfortunately misses a few tricks along the way. At just over half an hour long it’s an energising one-inch punch – just don’t expect it to quite floor you.