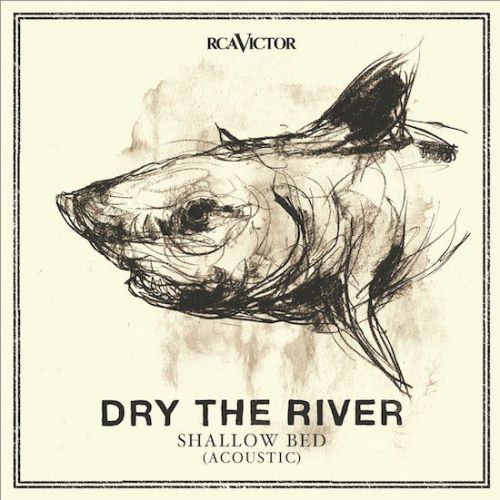 After an intense year of hard graft and innumerable comparisons to Mumford and Sons, Dry The River have produced an album of acoustic renditions of their well-received debut, Shallow Bed, in preparation for the festive season.

With the whitewashing of acoustic-coloured paint all over Shallow Bed, ‘New Ceremony’ has lost the Gaelic grittiness in the intro lick, turning it into a soft saga replete with tearjerk strings and a focus on the trembling voice of vocalist Peter Liddle. The point isn’t to blow you off your feet, or be sold as a “big” single – the skeleton of the effort is laid bare, and rather than being a passionate cry, the track becomes a tender whisper. ‘History Book’ has had the fat trimmed, excess choirs and church organs removed in favour of a solitary violin. There’s a sense that the band have been listening to a lot of Bon Iver, as Liddle’s falsetto crops up regularly and there’s a newfound delicacy in the wintry track.

‘Demons’ harks back to the lullabies of infancy with night time chimes and lethargic strumming. It’s a sensitive cut, much less epic than the first take, but still with the power to hit hard. Dry The River have a knack on this LP for altering the sound, but retaining the original feeling and theme of a track. Often they replace the huge sounds with lonely strings, as on ‘Bible Belt’, where the radio-friendly final refrain is mutated into a semi-orchestral passage led by strings and featuring a small amount of brass.

From humble acoustic beginnings, the act eventually expanded to fill a different void, still regularly performing back-to-basics gigs and tinkering with the acoustic guitars, but opting to record a full-band album. This acoustic version is still similar to that first offering, the most notable change being found in the percussion (or lack thereof). One may argue the basis for its existence, but that’s neither here nor there. Although the original remains a stellar record, this version rather lacks the oomph of a first listen, neither hugely adding anything to what we already know about Dry The River, nor taking anything away. It’s just lovely. We know they’re a troupe of talented blokes with a penchant for the folkier things in life; we know they are skilled in sculpting songs to tug on your heartstrings. Some will prefer this stripped-back side to the band, others will rejoice in the liveliness of the original. It’s just down to personal preference.