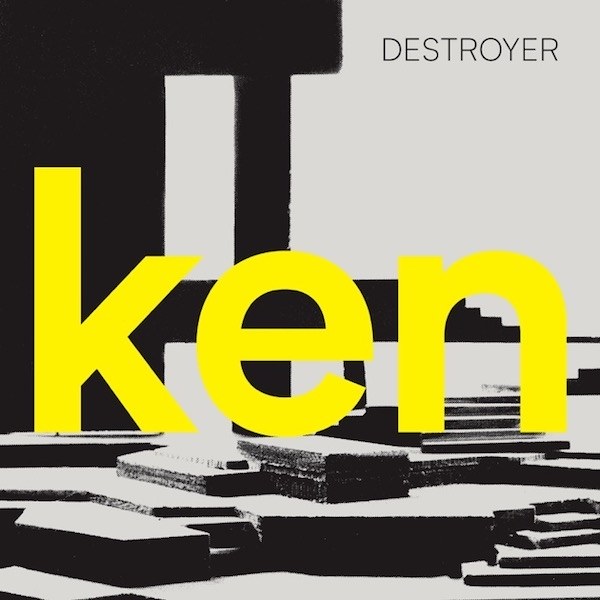 It felt like Dan Bejar had been searching for a way forward since Kaputt. He found it in his first love, New Order, and the result, Destroyer’s new album, ken, is Bejar’s best work since his masterpiece.

On Kaputt, Bejar swung Destroyer for a soft rock left turn that gave depth to his eccentric perspective by placing it in a new context. In the process he created the album of the millennium. Then Bejar said he didn't feel comfortable singing in English anymore and we got Five Spanish Songs, an EP of Sr. Chinarro covers that, in its interpretations of the originals, veered swiftly from disco to stadium rock. He went back to English for Poison Season, half of which felt like Kaputt blown out and the other half of which jumped from a Blaxpoitation chase theme to a song with Bejar crooning over nothing but strings. It didn't feel like Bejar had run out of ideas. He had a lot, and a lot of them were great. But it did feel like Bejar wasn't sure which idea took him where he wanted to go.

ken isn't a nostalgic album. Instead Destroyer borrows a romantic sense of doom from New Order without romanticizing the music or the time and comfortably works it into Bejar’s own aesthetic, one that is equal measures unhinged and detached, urbane and sensuous. "In the Morning" warps the gallop and regal swell of "Age of Consent" into something that shimmers and swaggers. "Tinseltown Swimming in Blood" takes New Order guitar tones for a buoyant, wistful ride over programmed drums before unwinding into a sax and synth melancholy breakdown. "Saw You at the Hospital" is Bejar at his most direct, singing about an unwell friend over strummed guitar. You almost feel like you know what he is thinking and feeling.

Because we never fully understand him, even as his individual lines are powerfully evocative, Bejar is one of the few musicians in the age of social media with a true mystique. He loves to repurpose common phrases ("What comes around is going round again") and pop culture references ("I think I know what you did last summer") in a way that is funny, oblique, and strangely resonant. Every once in a while, he tries one that clangs, as on "Grey Sky" when Bejar sings "I've been working on the new Oliver Twist." But then Bejar has never been afraid to try something outre or unfashionable. Paradoxically, that quality has made him one the last cool rock musicians, one of the last weirdos in indie rock when the slavish tastefulness of doofuses like Win Butler have left the genre airless and nearly dead.

In announcing ken, Bejar wrote about Suede’s ballad "The Wild Ones" and how ken was created as he pondered why "The Wild Ones" wasn’t a hit in America. Bejar is from Canada and judging by his lyrics he spends a lot of time thinking about America, maybe wondering how the birthplace for so much of what is cool in the world, including rock and roll, can be so incurious and awful.

ken doesn’t have much to do with Suede, except that it rejects a straightforward, American approach. On the next to last song, strings swell as Bejar sings “Stay lost” as if it were his credo. It would be a perfect album closer, uplifting and anthemic if you don’t listen too closely. You can almost hear the credits roll, but then you realize that the album isn’t finished and Destroyer skitters into "La Regle du Jeu" a hot, anxious "Blue Monday" about “Thursday possibilities that are slim and endless.” Like the rest of ken, like the best of Destroyer’s work, the moment is unexpected, mysterious and enchanting.