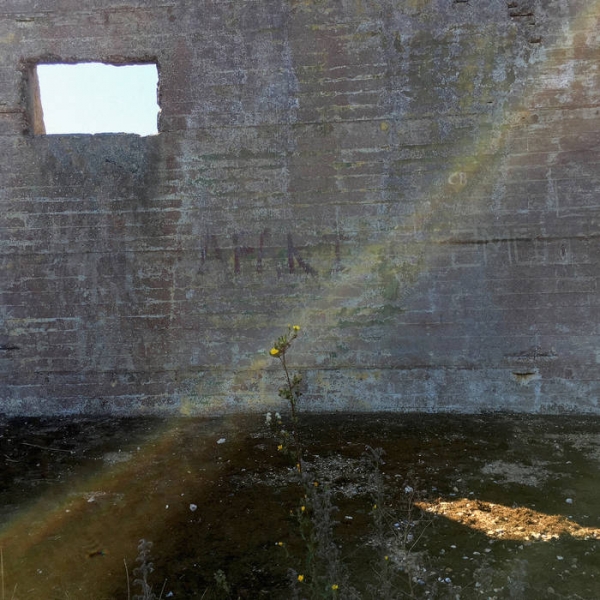 Desperate Journalist’s Jo Bevan is candid in discussing the themes of the group’s new album. “I’m not going to beat around the bush: the album has a fairly high concept.”

The title of the record and much of its inspiration comes from the work of conceptual and performance artist Bas Jan Ader; a man who, in pursuit of his art, attempted a solo crossing of the Atlantic in a tiny vessel, to be forever lost at sea. His idea had been to find a way to express or recreate the idea of the sublime; an immeasurable level of emotion outwith the grasp of humans; an awe or terror so profound that it can only be induced by nature. On In Search of the Miraculous, Bevan mirrors this quest with that of one in search of hope and love, daring to reach for the unreachable.

A blistered romance has always been knotted into the DNA of Desperate Journalist. Bevan’s poetic prose, Rob Hardy’s shimmering guitar, and the carnal rhythm section of Caz Hellbent and Simon Drowner trigger the euphoria of swelling hearts, while destructively meddling in the accompanying self-loathing and doubt ingrained in all love stories.

That same see-saw of romance pervades on In Search of the Miraculous but now, knowingly or not, the group channel a new lurking desolation. Their forlorn post-punk, cast in gothic noir conjures barren streets, shuttered windows and an often all-encompassing feeling of isolation. Stalked by shadowy figures and ruinous politicians, it is as if they have not only captured the sound, but also the tumultuous age of their influences; the gloaming indie goth of The Cure and The Smiths hangs in the air, as does the unshakable shadow of an ‘80s Britain, ravaged and divided.

In spite of all of this a restless fervour radiates through the layers of fuzz; a refusal not to be consigned to a pre-determined fate, allowing the glint of just enough hope to salve the scarred heart of a country crumbling. At a time when our phone screens are filled with news too heart breaking to hold, Bevan seeks solace in the bravery found searching for that sublime feeling. Boldly throwing herself into the pursuit of an ideal, with it being impossible to tell if it will ever be attained.

Rumbling for twice as long as you expect, the toiling charge of opener “Murmuration” is a triumphant awakening, daring you to blink first. It is also a snapshot of the dark beauty the group do so well (“I will show you the dead of night”). Growling distorted guitars build to a tidal swell of a chorus on “Ocean Wave” as Bevan recants the names of ships wrecked in the North Sea. This track like many others on the record finds Desperate Journalist leaving behind some of the spikiness of their previous work, their sound now morphing into a more rounded, formidable force. Instead of being some shard of rock to crash upon, between Bevan's epic crooning vocals and Hardy’s circling guitar it is more like a towering boulder, blasted smooth over time, but still capable of delivering a bludgeoning blow.

As impressive as Bevan’s vocals and Hardy’s guitar and are in isolation, it is hard to imagine one without the other. On their self-titled debut the two pirouetted around one another, testing the water. This grew to become a deeper, unspoken understanding on their second record Grow Up. Here, on In Search of the Miraculous the guitar lines and vocals blossom into a full blown romance, utterly in sync, often completing each other’s musical phrasings as on the gorgeous “Jonatan”, the closing moments of which are truly special.

“International Waters” is a near autobiographical retelling of the life and work of the album's muse Bas Jan Ader. It also acts as the crux of the album, with Bevan preoccupied as to whether that search for connection will ever be complete. (“Falling over Niagara Falls / Do you think he's really seen it all”)

In Search of the Miraculous is yet another step up for Desperate Journalist, from the confidence they exude to the lofty concepts they explore. As the transcendental lead guitar line in “Satellites” bores into the rapturous chorus and Bevan sings “I was always reaching for you / Oh listen / You eclipse them”, it creates a ground swell worthy of elevating them to another level entirely.

Bevan appreciates it can be easy to become numb to the extremes of emotion for fear of being overcome, and still that is why it is so important to keep fighting your own personal battles. In Search of the Miraculous finds Desperate Journalist striving and challenging themselves, happily searching for that sense of the sublime in a world that will outlive us all.