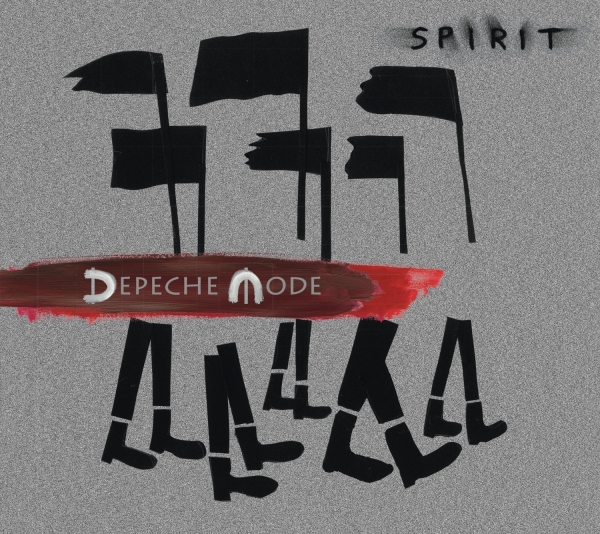 After a couple of so-so albums in 2009’s Sounds of the Universe and Delta Machine four years later, it would have been easy to look at Depeche Mode as a spent creative force, despite the fact that they’re the last of their 80s contemporaries standing, are managing to keep their artistic integrity intact, and more importantly, have not become U2.

But there was something missing from those albums, both produced by Ben Hillier, and despite working well on their first collaboration, 2005’s Playing The Angel, it was the first time in their career where they’d misfired twice in a row. Neither were necessarily bad records, but they were missing that spark you’d become accustomed to - they sounded tired.

Bearing in mind that musically Depeche Mode is a solo act with Martin Gore taking control of the music, he hasn’t had a producer with electronic music credentials alongside him since working with Mark Bell on 2001’s Exciter. This makes the decision to work with James Ford a tantalising one.

Opening track "Backwards" is a swaggering, blues-influenced rock song with dramatic piano which sets the lyrical tone early. The first words sung - “We are not bigots, we have not evolved / we have no respect, we have lost control” (closing track "Fail" follows the same path: "Our consciences bankrupt: we're fucked") - makes it clear that despite never being ones for sweetness and light over the past four decades, Depeche Mode have put their usual subject matters (pain, misery, religion, death and sex) to one side to record a state of the world address. With U2 postponing their forthcoming album so they can too produce something politically of the now, they’re the first major act to reflect on the seismic shifts that have occurred over the past year, and it makes for grim listening. The repeated coda of the opening track - “We feel nothing inside” - is particularly effective, as are the waves of dirty synths . It's a great way to set the scene.

Lead single "Where’s the Revolution" continues the agenda (“Who’s making your decisions? / You and your religions? / Your government, your countries / you patriotic junkies”) and musically follows in the same vein as the opener, again with prominent synth work and the kind of doomy, downward key changes which have underpinned some of their finest work. The heavy distortion on "Scum", is the 'Mode at their angriest, Gahan spitting “Pull the trigger” as the grit filled beats indicate Ford’s influence at its most strongest.

"You Move" also shows how Ford’s musical stylings have been used to augment, rather than overshadow their music. The analogue synth fizzes while Gahan groans “I like the way you move for me tonight", making it their most shag-hungry moment since SOFAD highlight "Rush". They haven’t sounded this sleazy for a long time, and despite them being in their mid-fifties, it isn’t creepy - it just genuinely sounds like someone's going to get fucked.

The space rock-isms of "Cover Me" provide the album’s most anthemic moment, and one of a select fewwhere political doom-mongering is put to one side. Gahan’s heartfelt yearning of “Way up here with the Northern Lights / beyond these broken bars / I pictured us in another life / Where we’re all superstars” is an unexpected moment of positivity, while the Eno-like atmospherics and reverbed slide guitars of the slow build gradually make room for two minutes of techno patterns and dramatic closing key changes. It's the most vital thing they've recorded in years.

Those wanting the BIG Mode track in the vein of "Enjoy the Silence", "It's No Good" or "Barrel of a Gun" will quickly fall under the spell of "So Much Love", the big pop thrill of the album. Similar to "Peace" from SOTU, or Delta Machine’s "Soft Touch/Raw Nerve" - great songs held back by thin production - here Ford has ripped everything open. Everything sounds massive; the angst, the fizzing krautrocky electro beats, the huge and very Martin Gore-esque doom-riff and Gahan (vocally on fire throughout the album) letting rip with one of his finest baritone performances.

Putting Ford’s expertise as a producer to one side, his work alongside Jas Shaw in Simian Mobile Disco is something which has very much informed the musical landscape of Spirit. SMD’s more esoteric works, such as the minimal techno of Delicacies, or the more ambient works on 2014’s Whorl, live within these tracks. This, alongside Gore’s techno collaboration with original Depeche Mode member Vince Clarke - the excellent VCMG album from 2012 - has culminated in a new found fervour on Spirit which wasn’t there on their two previous albums. It's their best since 1993’s Songs of Faith and Devotion.