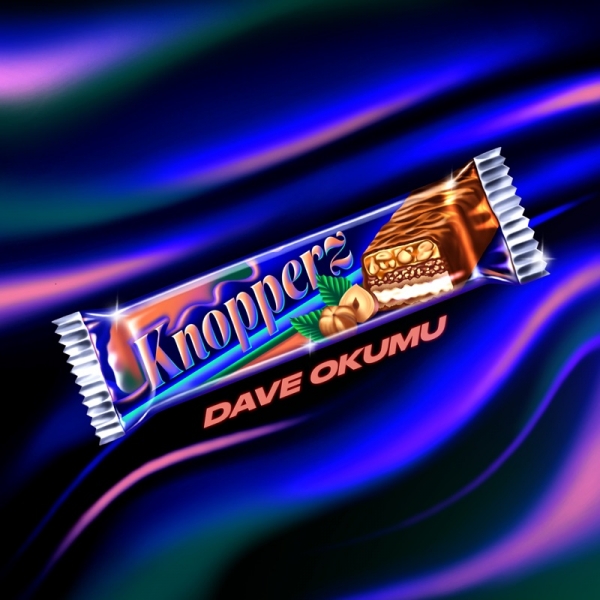 Dave Okumu’s collaboration history reads like a who’s who of music royalty - from pop sensations Adele, Amy Whinehouse, and Grace Jones to the late jazz and afrobeat legend Tony Allen. His band, The Invisible, was nominated for a Mercury prize back in 2009, for their self-titled debut album. Knopperz is Okumu’s first solo release after a somewhat behind the scenes although inarguably impressive musical career, and this record is certainly an accurate reflection of a musician with a highly comprehensive history of working with different genres and renowned artists.

As the bass-heavy intro kicks in, you’re transported into Okumu’s world, a fusion of jazz, hip hop, and electronica that aims to surround you and whisk you away. Yes, it’s very easy to get lost in this album, listening to it feels akin to eating a plate of food at a fancy restaurant, each mouthful brings you another unexpected but divine flavour. For fans of The Invisible hoping for some similarities, you could be left disappointed or pleasantly surprised, as although Knopperz is altogether a completely different sound, it’s sure to capture the ears of many curious alternative music fans.

The record itself is meant to be a nod towards J Dilla’s groundbreaking album Donuts, and while both albums have the obvious similarities of being instrumental with hip-hop influences, Knopperz leans more to the jazz field. We are currently experiencing a welcome resurgence in the jazz genre, most notably coming out of London, and Okumu’s album could sit comfortably within that movement, however, Knopperz is really in a league of its own.

Managing to successfully deliver elements of traditional New York-style jazz in a modernized way, without leaving anything compromised. For example, the track “Trouble” adopts J Dilla’s signature siren sounds (which crop up throughout the album) and then seamlessly flows to a jazz piano piece, finally erupting into a mixture of strings and guitar. Much of the piano pieces are sampled from pianist and friend Duval Timothy’s album Sen Am, a contemporary and minimalist jazz record originally released in 2017. Knopperz is at times epic, especially on “Reprise” and “RTN” which trigger a deeper and more confronting atmosphere than the rest of the album.

Despite the complexities of the musical structure of the album, it is easy to enjoy Knopperz on the first listen. Each time thereafter new expressions and emotions reveal themselves, as with every well-layered album. The production throughout is flawless and it’s obvious why Okumu has worked with so many notable artists, but this new solo venture will be welcomed by many listeners from many different genre spectrums.

It is a necessary connector, bringing influences from pivotal moments in musical history together with innovative and contemporary composition, and although it touches on where modern jazz is heading at the moment, it also brings a fresh take on things. I don’t doubt that Knopperz will further validate Dave Okumu as a highly influential artist and while it might not break the mainstream, he will continue to be recognized by all the right people.