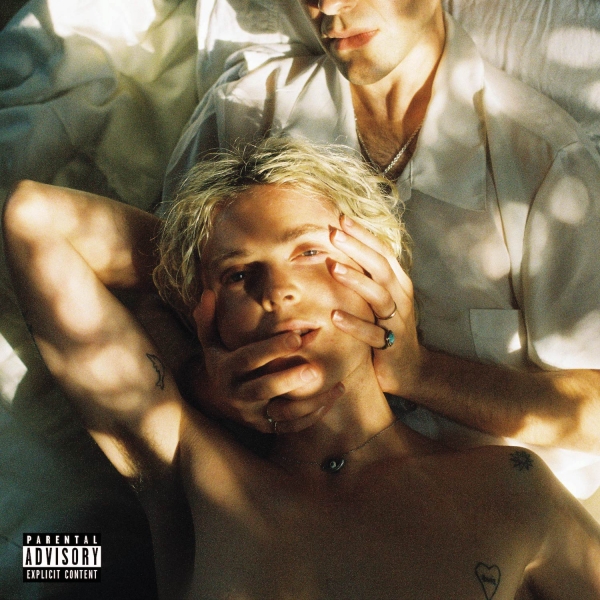 In many ways, Cub Sport’s third studio album, isn’t as different from its predecessor as one might expect.

BATS captured a period of monumental development in frontman Tim Nelson’s life, by chronicling his journey towards embracing his sexuality, and the subsequent start of his relationship with bandmate Sam “Bolan” Netterfield.

Now over a year later, Cub Sport may have seemed poised to be a radically different next chapter on their eponymous new record – following Nelson and Netterfield’s marriage and the band’s rapidly-rising popularity – but many key elements remain the same. Lead single ‘Sometimes’ is as open-hearted as all of Cub Sport’s releases before it, in which Nelson sings of the exhilaration of living a life shared so intimately with others - as well as its emotional demands. "Video" looks into coping mechanisms during times like the latter, as verses of distorted vocals clear up during its chorus to shine through the haze. Similarly, the delicate, sun-speckled "Trees" chooses to focus on the joys of navigating life’s turns with someone you love, while on "Acid Rain" Nelson sings of “laughing through the shivers” – a space of quiet perfection in a never-ending cycle of days.

Throughout Cub Sport, the same challenges of chaos, vulnerability, and sorrow present themselves in the way they did before, and still play as substantial a role in Nelson’s life. Like BATS, the album is very much dedicated to love and coming out – but these themes never exist on their own. They’re grounded in the reality of life, where no single event truly exists on its own. It’s Nelson’s writing – at all times honest, forever swaying between conversational and poetic – that embraces this truth, and thereby ties these releases together. “I keep on thinking ‘bout the highs and the lows / and all the tears at the shows / things only my angels know” he professes over the sleek, sliding soundscape of "Limousine". This is seen even more apparently on "Come Out", in which he reflects on all the progress he’s made, and all he’s yet to overcome. It’s simultaneously pensive and euphoric, tentative but hopeful.

It’s this hope that marks the fundamental shift that the album introduces to its listeners. Cub Sport tackles the adversities of BATS – and indeed even the band’s debut This Is Our Vice – and showcases how Nelson’s newfound understanding of himself better equips him to handle them. Whereas before there was confusion, now there is certainty; where before there was loneliness, now exists love. "Summer Lover" tells of old traditions giving way to new ones, but is surrounded by the content of knowing they’re being shared with someone who’s forever. "As Long As You’re Happy" – a song grand enough to stretch out across the entire universe – captures the intense devotion that comes with the person you care most about; through mistakes and celebrations, from both near and afar. The love Nelson describes is a new constant, a force that both supports him in moments of weakness and challenges him to see beyond himself as well. In Cub Sport it creates an unmistakable sense of comfort, an underlying thankfulness that regardless of the challenges that day-to-day existence can bring, there’ll always be something greater – and more important - to escape into. Life post-BATS isn’t perfect, but it certainly is beautiful.