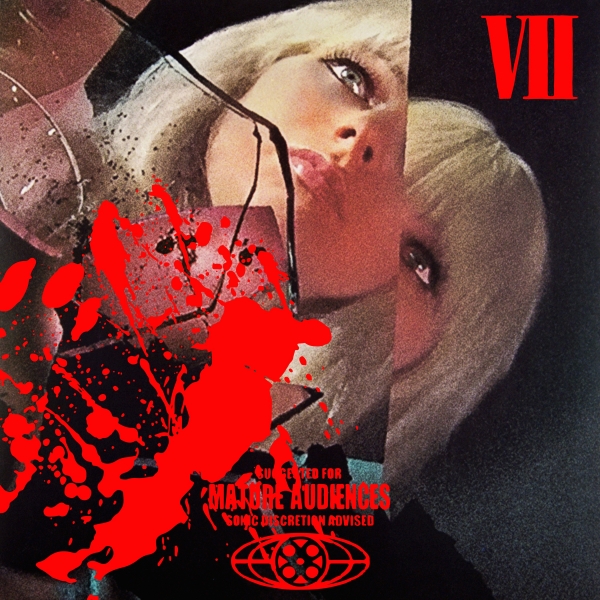 Most of the bluster surrounding the new Chromatics album – Closer to Grey – has been about how it’s been seven long years since their last album (Kill for Love), and five years since they teased its follow-up (Dear Tommy).

Kill for Love and its predecessor Night Drive are about as influential as any albums in modern history, with their unique sound design building on the already-established noir-electro hallmark of their record label, Italians Do It Better, and spreading the resulting hybrid sound like wildfire into all available visual and sonic media. Chromatics songs have featured in countless TV shows (from Mr. Robot to Riverdale, Twin Peaks: The Return to Gossip Girl), and in almost as many movies, most famously the gorgeous Ryan Gosling vehicle Drive, which launched Chromatics and Italians Do It Better label head Johnny Jewel into a much wider arena than they/he could ever have imagined.

The truth is that any fans of what Chromatics do, or what Johnny Jewel does, have not been waiting five years, let alone seven, for a Chromatics release. Italians Do It Better – the whole label – is a vehicle for Johnny Jewel’s unique blend of visual and sonic nostalgia, particularly his unrivalled ability to combine stark '80s post-punk atmospherics with '70s giallo movie gaudiness. With Jewel at the helm, the label have released around thirty albums, compilations, soundtracks and E.P.s since 2012, the majority of which have featured Jewel in some capacity. So the irony surrounding the hype around this new release is that release schedule, and the fact that Chromatics have released no less than four E.P.s since Kill for Love came out, and each of them is available on the Italians Do It Better webstore for $1 each. If Closer to Grey is your first Chromatics record since Kill for Love, where have you been? Just last year, Chromatics released the vinyl-only Camera E.P., which actually featured a version of Dear Tommy’s title track.

A second, more troubling truth is that this isn’t the album anyone was expecting – it’s more of a ploy to sweeten the delay of Dear Tommy. Sure, it has the Chromatics name above the door and those classic Ruth Radelet vocals, but so have many other releases since 2012. The Italians Do It Better Instagram account has assured us that Dear Tommy is still in the pipeline, and one would imagine that Dear Tommy is the final album in the trilogy, rounding out the 10/10 trifecta that began with Night Drive.

Closer to Grey is just over 45 minutes long and features twelve tracks (two of which are covers). It is, essentially, just another Italians Do It Better album: aesthetically perfect, sonically gorgeous and endlessly replayable. Let’s face it, nothing that Johnny Jewel releases at this stage will be less than stellar, as he’s totally mastered his craft over the past fifteen years, offering us bi-monthly collections of his artistic endeavours for a dollar a pop. Hell, the title track of Closer to Grey was first released in 2014, so one would imagine that it has probably featured on at least one version of Dear Tommy (probably the version that was about to be released in 2014, before Johnny Jewel suffered a near-death experience and destroyed all 25,000 physical copies of the record.)

If you’re after parallels with previous Chromatics albums, you’ll find them in the excellent choice of covers. The record opens with a surprisingly luxurious cover of Simon & Garfunkel’s “The Sound of Silence”, mirroring the use of Neil Young’s “Hey Hey My My (Into the Black)” to open Kill for Love. The mid-album cover of Kate Bush’s “Running Up That Hill” on Night Drive is mirrored in their mid-album cover of The Jesus & Mary Chain’s “On the Wall”, stretching and polishing and buffing it to an 8-minute run time – it’s less a straight cover than it is an epic reimagination.

The other ten songs are all, unsurprisingly, classic IDIB. “You’re No Good” sounds like second album Banarama warped by a funhouse mirror (in fact, most Chromatics songs sound like that). The title track is a ringing, Human League foot-shuffler. “Twist the Knife” skews the synth sound towards Johnny Jewel’s more industrial inclinations (see also his solo LP The Other Side of Midnight, for more of his most outré industrial material.) “Light as a Feather” has a sinister, looming momentum – evoking longtime influences John Carpenter and Angelo Badalamenti. “Move a Mountain” is eerily pastoral, as though it were the closing credits music for a particularly traumatic folk horror movie. “Whispers in the Hall” is another Carpenter-esque chiller, only with added bass thwubs. The closing track, “Wishing Well”, is sweet, ethereal and much needed after the forty-minute ice bath that comes before it.

Closer to Grey is the coldest, shiniest, most polished collection of songs released under the Chromatics banner. It’s chillier, darker and more sinister than anything else they’ve ever put out. But the thing – the only thing – that stops it being perfect is that Johnny Jewel is a bit too productive for his own good. This was never meant to be an album. He didn’t ever sit down to make Closer to Grey. So we can assume that this a collection of his finest off-cuts and studio experiments, stitched together and thrown into the world when it was ripe. It’s something for us to play with while he dedicates all of his perfectionism to Dear Tommy. Much like The Rolling Stones’ Tattoo You, Closer to Grey feels a little too manufactured to ever be truly measured against their best work. But that doesn’t stop it being an incredibly thrilling listen, if you enjoy this sort of thing.

If you did enjoy this record, or have enjoyed any other Chromatics album, don’t hang around for another record, just dive into the Italians Do It Better webstore – you'll wonder how you’ve never done so before. There are about a hundred different releases for you to occupy yourselves with until Dear Tommy surfaces in about ten years or so. Sure, Closer to Grey is great, but so is everything else Johnny Jewel’s crew release – go find out for yourselves. They’ll be the best single-dollar transactions you ever make.