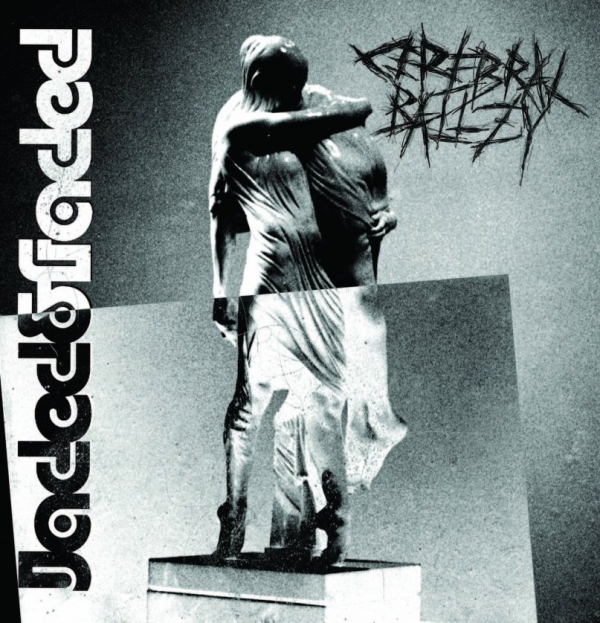 In thrall to the ‘80s hardcore vets and ‘90s skater-punk upstarts, Cerebral Ballzy’s sound is a potently slick treacle-sludge brew of noise, scraped knees and grazed riffing. Honor Titus, CB’s vocalist – flitting between 60-a-day snarls and melodic demi-croons – delivers aggression, inane hedonism and poignancy in equal measure, and, as well as acting as mouthpiece for the Brooklyn quintet on matters of the poetic and the philosophical (as recent interviews suggest).

Their eponymous debut, much lauded at the time, was released a whoppin’ three years ago. That’s a long time for the band to tool up for new ventures, to hype up the adoring public into a veritable frenzy, to stoke their own blazing bonfire. They’ve done just that, with fans and press alike frothing at the lips for one of the most eagerly awaited records of 2014: Jaded & Faded.

As Titus has reiterated a few times when tooting Jaded & Faded‘s horn, this is a record with “more melody, more ideas, more thought.” The former claim is most certainly true. There’s an almost-but-not-quite poppiness to some tracks, where Ballzy skirt the abyss of pop-punk. Fortunately they don’t drop into it, instead carving skater-punk stompers á la FIDLAR, albeit with more gristle and far less narcotic revelry. “Lonely As America” even touches upon a Bloc Party-esque sharpness, an all-angles axe assault with despairing Okerekian squawks and sparse basslines. It’s of course gruffer, but are we seeing a Casablancas/Sitek influence from label and producer respectively?

The aforementioned “Lonely As America” is a comparitive “Freebird” when lined up next to the rest of the record. Even though it only clocks in at 3:12, most tracks don’t even break the two minute barrier, instead writhing in the brevity of hardcore and thrash and speed punk. Ballzy never quite reach the nadir of noise those three subgenres expound, and the melodic streak is very much alive and well in Ballzy, but the sense of toxic urgency – think Napalm Death – lingers. They’re not a band for kickin’ back and taking a breather. “Better In Leather”, accompanied by Joan Jett-y backing vocals, is a beastly, howling screamer. The parpy “Parade Of Idiots” whizzes past with Howitzer percussion. “Speed Wobbles” is weirdly first album MCR in places, but gorgeously bombastic nonetheless – it’s arguably one of the most ‘vintage punk’ tracks, where Titus drawls and snivels through the words like a snot-addled Johnny Rotten.

Even though they’re gunning for melody, they’ve not ditched the rawness that makes Cerebral Ballzy. Guitars screech, squeal and crackle; Titus’ words drip-drip-drip from his lips or are spat with gusto, there’s no formula for when the emotion strikes. Everything clatters in unison, with enormous volume and rugged textures. It’s what makes Jaded & Faded good. What makes Jaded & Faded great is the fact that you can still be stuck humming the buzzsaw riffs or cooing a vocal line to yourself hours or days later. Clearly, the only way is up for Cerebral Ballzy.