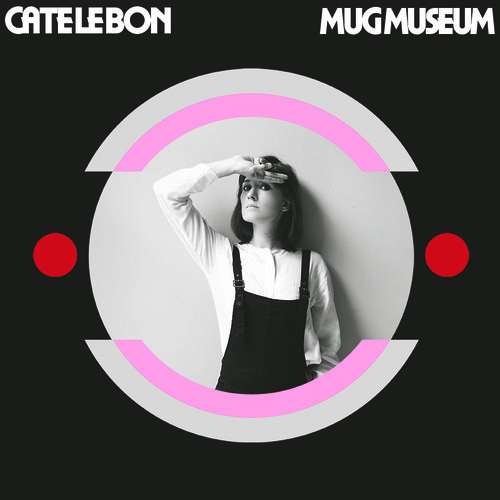 A folk-derived singer who doesn’t for the vast majority of the time sound like a folkie, if Cate Le Bon has inhabited any sort of niche or solid identity to date it’s one with a very movable centre, equally unfussed with pindrop introspection and ragged wigouts. Previous album CYRK was an ambiguous, rough around the edges Velvet Underground by way of Fiery Furnaces-influenced pastorality with a tendency to reach inside itself and rearrange its vital organs, given an extra shift off-line by Le Bon’s accented, distracted Carmarthen Nico tones. Resolutely Welsh semi-underground, then.

That sort of country-based assumption, not entirely avoided by Le Bon’s connections with Gruff Rhys, does make the news that for this third proper album she’s relocated to Los Angeles and work with Joanna Newsom and Devdenra Banhart producer Noah Georgeson slightly curious, albeit with Cardiff scene perennials Sweet Baboo (whose “Cate’s Song” from this year’s album Ships is, evidently, about and for her) and H. Hawkline playing on the album. That sort of culture clash comes across in opener “I Can’t Help You”, where Le Bon seemingly adapting a richer tone of voice rubs up against a chirpier, summery musical field driven by a peppy, circular guitar riff, halfway between Gorky’s Zygotic Mynci and the Byrds.

If that extra layer of studio sheen jars with what we’ve known of her, it doesn’t seem apparent that she’s any more sure of what she is emotionally. In fact a lot of the time there’s more of a personal connection of unsurety in her lyrics than before, the naggingly familiar “Are You With Me Now?” seeing her evaluate the sense of loss and memory in a separation while the album centrepiece “I Think I Knew” is a twinkly, spine tingingly ornate arrangement that builds from touching towards MOR to a touchingly soulful ballad reminiscent of Tindersticks, Le Bon at her most delicate before Mike Hadreas AKA Perfume Genius adds his own poignancy and heartbreak, drawing out the gap where certainty used to be.

While Mug Museum may seem more poignant, it does come at the expense of a lot of that appealling idiosyncracy. It might be stretching it a bit to call Le Bon Happier but there’s a sunlit chirpiness that makes her structural writing appear more straightforward with fewer of the little touches that tended to knowingly send her songs in different directions, the lo-fi make-do attitude diluted by the cleanliness of the production. When something off-kilter does happen, such as the mysterious discordant instrument that weedles its way into the dazed drone of “Mirror Me” or ending “Duke” with a deliberately over-reached, for which read grating, falsetto note, it seems unduly forced. The fuzztoned “Wild” dirties up the usual resort circling guitar riff while “Sisters”‘ organ and charging, scrappy jangling invokes the Modern Lovers but both get caught between the two stools of something actually grimy under the fingernails and that newfound melancholic approach. “Cuckoo Through The Walls” nearly pulls it back, a couple of repeating mantra-like motifs creating a woozy haze before a detuned guitar solo blunders in and pulls the constituent parts wildly apart, but it never quite makes it there in the first place to be fully effective.

It’s ultimately a double edged sword – Le Bon has found a new meaning and by breaking away from her musical roots a level of maturity, but it’s not one she can as yet convincingly make work alongside her needling desire not to quite get pinned down to normality. It’s still clear, though, that she has too many ideas not to be able to take them somewhere interesting once settled into a new life. File under ‘transitional’.