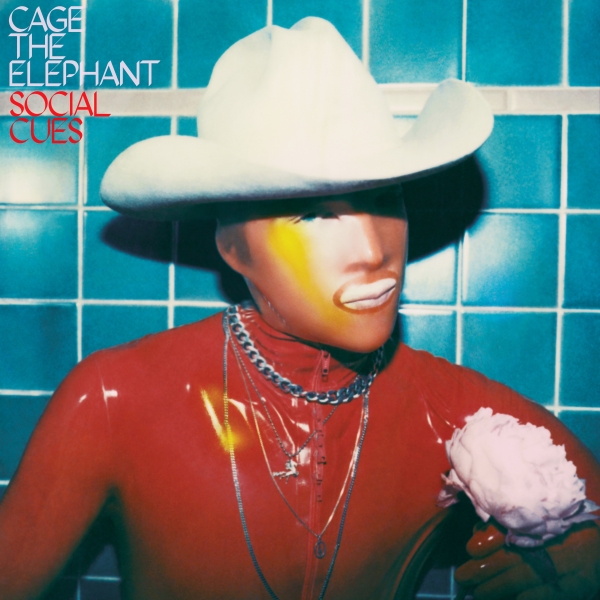 From the pseudo-Beck “Ain’t No Rest For The Wicked” to the alt-rock excellence of “Shake Me Down”, Cage the Elephant’s career so far has been characterised by a duality that isn’t all that unfamiliar in popular music; a varied critical reception alongside some serious success stories.

With a Grammy under their belt for their last album, Tell Me I’m Pretty, and a host of commercial achievements also to their name, the Kentucky band have, over the course of four albums, steadily achieved an impressive degree of notoriety. It was on their third record, 2013’s Melophobia, that they were at their most consistent, borrowing from the same indie/grunge/punk sources as on previous material, though presenting it in a tighter and punchier format. Cage the Elephant have never been groundbreaking purveyors of new territory, though they have proven themselves capable of reworking classic formats into exciting and memorable rock music.

For Social Cues, however, the band have decided to move away from their tried and tested model, edging closer to pop and rationing the raw energy that we've become accustomed to. Unfortunately, it’s a move that serves the band poorly, and detracts from their sound as a whole. The underlying intensity to their music on previous records is stripped away, leaving in its wake a bland and largely forgettable experience. Opener “Broken Boy” is a flat and labouring lead, while “The War Is Over” fails to convey a sense of frustration, compassion, or pretty much anything, an omission made all the more stark considering the topic it attempts to tackle.

There are moments when the calibre so evident on previous records does shine through. “Skin And Bones” harkens back to the simple effectiveness the band are clearly most comfortable with, and “Tokyo Smoke” is a punchy track towards the back end of the album. The real issue with Social Cues however is Cage The Elephant’s failure to transition effectively to their new sound, resulting in a mish-mash of ideas. Nowhere is this better encapsulated than on “Love’s The Only Way”. A tender track, its brooding guitar is totally out of kilter with vocalist Matthew Shultz’s singing and some oddly cinematic strings. Closer “Goodbye” also feels like a missed opportunity, Shultz’s overt choice of lyrics (“My heart is an ashtray and I lost my mind” to name but one line) doing little to complement the sombre piano chords.

Although it’s acknowledged that the lyrical content on Social Cues was inspired by Shultz’s recent breakup, the awkward and poorly executed attempt at moving on exhibited on the record also reflects a typical response once a relationship ends. The underlying grit and melodies that, while not always appeasing the critics, certainly won Cage The Elephant an array of fans are largely absent, replaced by a series of flat and often forgettable tracks. There’s nothing wrong with the band aiming for pastures new, but for those of us who have loved a great deal of Cage The Elephant’s music to date, let’s hope Shultz and co can move on quickly.