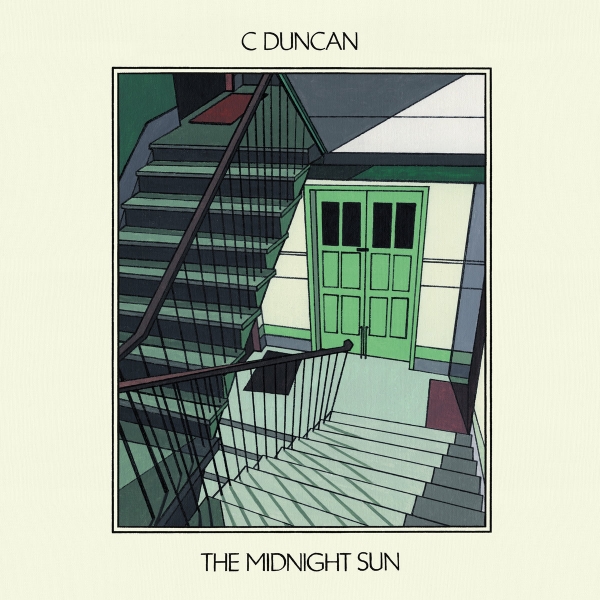 In the episode “The Midnight Sun”, from Rob Serling’s acclaimed 1960s thriller anthology-series The Twilight Zone, an artist and her landlady struggle with the inescapable rising temperature as a result of the Earth being thrown off its elliptical orbit. Warm, sunny landscapes — which are themselves melting — are all the artist can seem to paint as the all-encompassing heat posseses her. Suspense builds as the rising temperature pushes men to to madness, the threat of looting and worse ever-looming.

As a favourite of young Glaswegian C Duncan, this episode marked the beginning of inspiration for the follow-up to the Mercury Prize-nominated debut album Architect.

The show’s sense of suspense relies heavily and famously on its soundtrack by Bernard Herrmann, and, fear not, whilst the record is in no way a tenuous collection of thriller soundbites, there is certainly an eeriness that looms over it. As The Guardian’s Tim Jonze noted at the time of Architect’s release, Duncan’s choral passages throughout the record were pastoral and wintery — “I’ll Be Gone By Winter” bordered on Christmassy — and there was indeed something cold but comforting about it in its overall production.

In The Midnight Sun, this coldness is given a spectral flare, at some moments permeating crudely but for the most part a subtle motif. Examples of the former include “Like You Do” and the lead single “Wanted To Want It To”, both of which would not be an unwelcome addition on the soundtrack to our generation's own sci-fi thriller Stranger Things.

This balance in a coherent, stylised sound that departs subtly from the first record is a credit to this artist’s taste and songwriting flair. Classically trained, Duncan has always seemed to exude a sense of knowledge in the effect certain notes and their relationships together cause, and this is true of this offering. Choral style vocals remain prevalent and have a soft blur in the production which couples well with a heavy influx of synths, particularly on tracks such as "On Course", where voices and keys seem at times indistinguishable.

Produced by himself in his Glasgow flat (the artwork depicts the view from his apartment into the stairwell, painted by Duncan himself and perhaps nodding back to The Twlight Zone episode) the record sounds dazzlingly clean. Although it's emphasis on coherency may feel amiss to fans of the ecclectic stlye of Architect, there is still a spritz of folk-psychedelia, albeit strechted over more sparse canvases as in "Who Lost" and "Do I Hear", a surrealist take on a love ballad.

The Midnight Sun is a heavily stylized return that does not fall for crude, archaic sounds to create its spectral atmosphere, but rather relies on timeless rules of composition; much like its predecessor, it is sure to be met with acclaim.