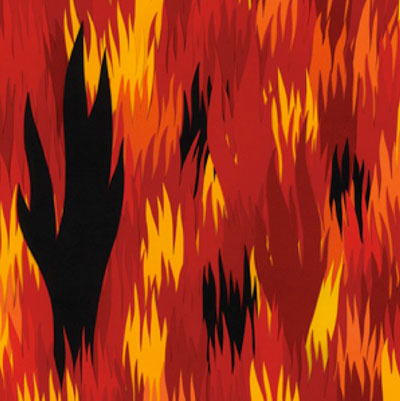 In the 1960s the American folk revival belonged to Bob Dylan. With four albums under his belt, the singer-songwriter had already secured his legacy as a musician.

The galvanisation of the movement and Dylan’s monumental influence explains why, when he appeared onstage with a band at the 1965 Newport Folk Festival, some of his fans reacted so badly. The man, the socialist, the political motivator had abandoned his convictions in favour of an electronic set up. The shows that followed spurned critics to claim Dylan was a “Judas” that had succumbed to the pressures of the mainstream. In the eyes of many he’d sold out.

With hindsight these objections seem like an overreaction. Dylan recovered from the outrage – but it took several years for his fans to overlook his sudden change in direction. An adjustment in a musician’s principle sound can still cause doubt amongst their fanbase; some of the criticism Dylan suffered in 1965 resonates on Bright Eyes’ new album The People’s Key.

It’s unfair to claim this album takes an unexpected turn, as Oberst’s side projects The Mystic Valley Band and Monsters of Folk both dabbled in full production. Even so, there was an unspoken hope that a return to Bright Eyes would also signify a return to Oberst’s signature sound. That’s far from the case. The People’s Key emanates the same electronic approach that’s found on Dylan’s Bringing It All Back Home. Like Dylan, Oberst’s continued development has raised a few eyebrows amongst his fans.

Bright Eyes first moved away from acoustic music on Digital Ash in a Digital Urn, but The People’s Key is a closer advocate of the psychedelic propaganda found on Conor Oberst’s self-titled album. Like that release the lyrics here relate to spiritual transcendence, rather than the personal experience of Fevers and Mirrors and Lifted. This change in focus could come down to the front man’s maturity, but if that’s the case then wisdom isn’t Bright Eyes’ strong suit. Oberst performs better when he’s in physical or personal turmoil; his creativity feeds off his own grief. Take away the crutches and you take away the musician’s ability to write introspective, original songs.

Comparisons can also be drawn to Oberst’s fleeting time in Desaparecidos. ‘Firewall’, ‘The People’s Key’ and ‘One for Me, One for You’ have a similar narrative to the samples used on Desaparecidos’ 2002 album Read Music/Speak Spanish. As with Dylan’s transformation Oberst has lost sight of his political incentive, but The People’s Key does pay tribute to the empowering effect of good oratory. Likewise the record uses hard slamming melody to build upon a tense and urgent atmosphere. However unlike Desaparecidos, The People’s Key fails to deliver its message coherently. It’s been 15 years since Read Music/Speak Spanish. In that time Oberst’s audience have grown up. They’ve also become privy to his talents as a wordsmith. Whether punk or Americana; unchallenging pop music won’t do anymore – not when we know Oberst is capable of far more pensive things. Judging The People’s Key on its own merits is impossible.

Not all of the album’s problems are down to Oberst. Bright Eyes suffer for Mogis’ upbeat production. Even on ‘Ladder Song’ Mogis opts for a cleaner production. The bright and chiming keyboard is in stark contrast to the vocal, which call bitterly for a fallen friend. The air of nostalgia that this creates is unsettling, and detracts from the beauty of the song, smothering its emotional potential.

Ultimately the lack of feeling on The People’s Key suggests Oberst et al don’t care what they sing about anymore. Bright Eyes’ intent is far from clear; the album’s littered with references to spirituality, growing up, travelling and achieving enlightenment, but besides knowing Oberst is content in himself, the listener is left with no cohesive message. Dylan fought on; Oberst has succumbed.