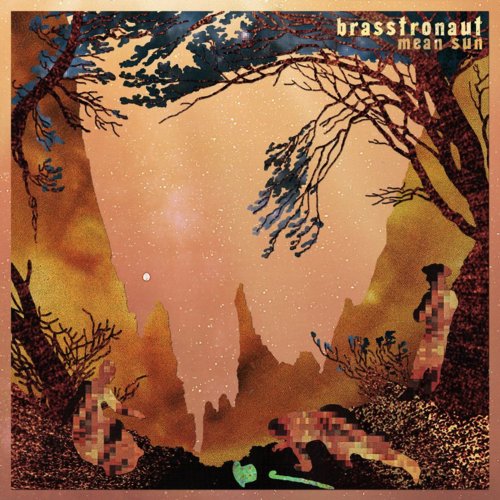 For all the annual consternation and soul-searching that the Mercury Prize produces, no one can take away from it the fact that it inspired the Polaris Music Prize. Although closely modelled on its British equivalent, the Canadian album prize is much more amenable to leftfield artists – and has never once been awarded to M People. In fact, given the extremely high standard of Canada’s recent musical output, competition for the prestigious prize is fierce. For that reason, Brasstronaut’s longlisting for their 2010 debut Mount Chimaera has become almost the defining fact about the Vancouver band. What it seemed to say about Edo Van Breemen’s eclectic outfit – that they were almost, not quite yet among Canada’s indie royalty – boded well for Mean Sun, which is bigger, more focused and more accomplished than its predecessor. But alas, no nomination this year. Music prizes, eh?

The growth demonstrated on Mean Sun seems less about any creative revelations on the band’s part, and more about a considered, incremental development in songwriting. Brasstronaut’s punning name has always been an odd choice for such a serious-sounding group, but it still says a huge amount about the way they sound. True to form, Bryan Davies’ trumpet playing is an integral part of the record – what has changed is that the songs around his soaring melodies are that much stronger than before. Setting aside the sometimes showy, jazz-inflected piano work from Mount Chimaera, Brasstronaut are much slower-burning here, setting the tone with the hypnotic and graceful opener ‘Bounce’. “The steady hand/Can hardly stand/To waver from its course”, Van Breemen sings: his is the steady hand, the song painting his band’s most ambitious picture yet.

From these arresting beginnings, the songs in Mean Sun tend to fall into two broad categories. A few fall into the old, unfortunate trap of letting too much artifice and atmosphere drown the emotional heart of the songs. The drab ‘Moonwalker’ is the worst of these, and contributes to the slightly dragging feel of the record’s middle section. Guitarist Tariq Hussain takes a rare vocal spot, and while it is nice to hear someone other than Van Breemen, his vocals do little to salvage a stillborn melody.

More often, however, the songs on Mean Sun see Brasstronaut succeeding spectacularly in delivering on their promise. In addition to the opener, the rumbling quasi-medievalism of the flute-driven ‘Revelstoke Dam’ is another highlight, named after a huge power-generating dam on the Columbia River. The defining achievement of the album, however, is surely the penultimate song ‘Falklands’. Beginning with more of an emphasis on guitar, the song builds gradually to a truly incredible climax which sees Brasstronaut make for the stratosphere, quickening drums, keys and Davies’ trumpet powering them all the way. Closing the album out, the comparatively languid ‘Mixtape’ is a timely reminder that what goes up, must come down.

At its best, Mean Sun sees Brasstronaut deliver on all the promise hinted at on their first album. While at times it edges into alarmingly banal territory, it is the carefully crafted swell of ‘Bounce’ and ‘Falklands’ that prove more memorable. Made on a budget on $15,000 secured through crowdfunding, this accomplished second effort proves that Brasstronaut are surely worthy of a further investment.