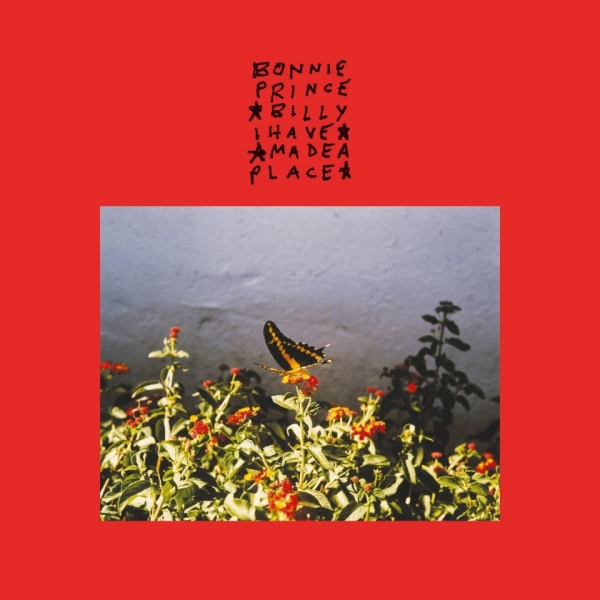 I Made A Place finds Will Oldham in reflective mood.

It is an album focussed on the lessons to be learned, and joy to be found in the study of our own pasts, unconnected from the impossible to predict uncertainty of the future. The earthy folk of the music provides a tangible connection with our collective histories and the riches they offer to explore. There is a pause from the immediacy of the everyday and the fixation with what comes next as Oldham opts instead to enjoy the here and now, and celebrate what has come before.

Despite the eight-year gap since Bonnie “Prince” Billy’s last record of entirely new material Wolfroy Goes To Town, Oldham has remained steadily prolific, releasing a slew of cover and collaborative records. Continuing in a similar vein his latest set of songs is instilled with that same communal spirit as Joan Shelley and Nathan Salsburg, to name but a few, add to the collective unity felt in the country twang of opener “New Memory Box”. There is an unfettered easiness to proceedings; a set up and play approach that suggests we could be eavesdropping on shaded jam sessions on a southern front porch, a mere “hell yeah” or “yeeha” short of a hoedown.

I Made A Place does not solely dwell in the past and devotes much of its gaze to the contentment Oldham is experiencing right now. The sense of security felt in finding someone to share your life with is celebrated in the slow stirring swells of woodwind on “You Know The One” (“The one redraws the world for you”) and again on the soft baroque pop of “Building A Fire” (“We are humans in love / We are fluid in space”). Oldham counters the dissociation of modern day living with a return to something humbler, removing the blinkered vision of what is before us to be an active participant in the present. The gruffness of his voice now has a maple coating, mirroring the reassuring nature of his lyrics, never as prevalent as when duetting with the enigmatic Shelley.

There is also a happy resignation to the tides of fate weaved throughout I Made A Place. While recognising “half of life is gone for good” on “This Is Far From Over”, Oldham remains optimistic about the world that will continue without us as he sings of his belief that “Good fathers don’t die” on the rollicking alt-country jam of “Devil’s Throat”. We live on through the lessons we teach our children and the examples we set that touch upon the lives of others, even in the smallest of ways. (“When I die there will be a hole no other man can cover / I have made a place” – “I Have Made A Place”)

Songs can be hollows within which to venture, spending hours and days turning inside out. They can also be fleeting moments of positivity that drift into your consciousness and out again before you know it, leaving a tiny change for the better. Bonnie “Prince” Billy’s latest outing provides both. These are songs written for the sheer joy found in creating and sharing that still hold within them a much deeper core.

Oldham writes that when working on the songs for I Made A Place he would sing them for his pregnant wife. As such they were the first songs his daughter ever heard in the womb. Being privy to a set of such beautifully constructed, candid, and hopeful vignettes, who could ask for a better introduction to the world?