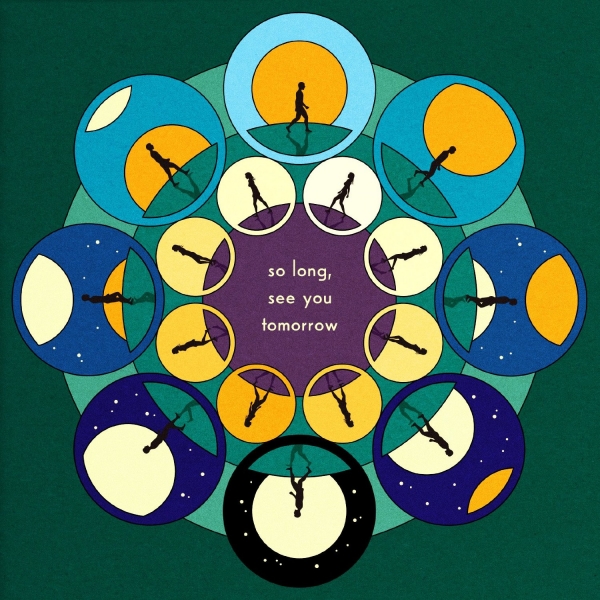 In the years that followed Bombay Bicycle Club’s breakthrough full-length LP A Different Kind Of Fix, primary songwriter and lead vocalist Jack Steadman filled his spare moments by gallivanting across the globe. Turkey, Japan, India and The Netherlands were all vital pit-stops, and he’d discover fresh sounds and immerse himself in culture on his edifying sojourns. Respite from his lonesome trekking would be found in the welcoming arms of local families. It was a soul-searching gap year; it was almost-but-not-quite a spin-off of Eat Pray Love.

The end product of this exploratory voyage is So Long, See You Tomorrow, the Crouch End quartet’s fourth record. They’ve graduated from the festival-magnet indie magnates who unfurled A Different Kind Of Fix. Instead, BBC have focused on enhancing subtler elements that, while present in their third effort, were perhaps obscured by the more boisterous pop streak of tracks like “Shuffle”. It’s still unmistakably them, but they’ve forged a path untrodden before, one that consists of substantially more electricity. The band aren’t afraid to just bolt eyes-scrunched through the veil, embarking upon a dreamlike pilgrimage to an enlightened realm – this album is huuuge (that’s a two-syllable huge).

Lead single “Carry Me” opens like archaic Foals, replete with jagged glitch-rock jerks and incendiary percussion. The synth fanfare that blurts throughout ignites visions of Carnivale, samba and weekend-long benders; it’s straight-up Bacchanalian disco fodder: from the looped vox to the insistent grime-lite dance bite, you’ll find it nigh impossible to remain still. Another previously glimped cut, “Luna”, offers opportunity to ascend to a heady plane. It features the muscular pipes of special guest Rae Morris (don’t worry, Lucy Rose still crops up elsewhere on the record), who lifts the tropical indie-pop melange towards anthem status. It leaks an undying hope – it’s such an immediately uplifting piece of music that transcends memory and social interaction, and all the usual gubbins that help define a song’s position in your own personal aural Valhalla; it instigates a hypnotic state where all you can do is revert to blissful Tabula Rasa.

There’s plenty of unknown pleasures too. “Whenever, Wherever” (not affiliated with Shakira), is a jangly dream-pop cut with post-rock swagger, “Overdone” vacations to the Orient with Ratatat stuffed in the suitcase, and “Feel” sounds like the soundtrack to a rom-com montage set in a Turkish bazaar. “So Long, See You Tomorrow” is arguably the record’s pinnacle however. Beginning with coy brass notes, space-age falsetto and the pitter-patter of synth, the track undergoes a vast transformation over its six-minute duration. There’s a bucolic quality to it, almost on par with Scandinavian soundscape warlocks like Jónsi or Sin Fang, but BBC’s penchant for frothy electronics ensures that it remains grounded. Rather than flickering away into the ether, it becomes utterly glorious “I’m on top of the world!”-esque pop.

Steadman’s fattened So Long… on a rich diet of worldly experiences, international noises and grandiose ambition. There’s every possibility, maybe even expectation, that BBC could just trip and land painfully on their keisters here as they dabble so dangerously with an untested formula – but they don’t even begin to falter. It’s a mighty lunge forwards for the four-piece, whose perceived m.o. largely consists of wonderful guitar-pop.You may balk at the proposition of congealed Middle-Eastern dance, ’90s shoegaze, buffed indiegum, experimental hip-hop production (yep, that’s right – check “Home By Now”), baroque pop, skeletal folk and Bhangra, but when you sink in So Long, See You Tomorrow‘s sundry ingredients, you’ll wonder how you lived without it.