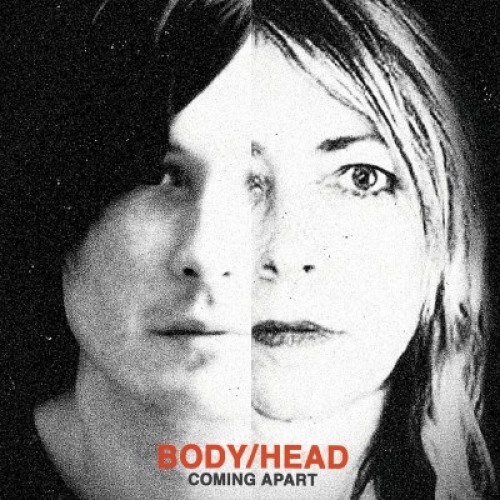 That’s a comment from Kim Gordon on the album from Body/Head, a noise rock duo completed by avant-garde guitarist Bill Nace, and her first work since the break-up of both her marriage to Thurston Moore and of the band they were the centre of for so long, Sonic Youth.

SY were a band you never imagined ever splitting up: sure, they’d maybe only make records every now and again as they drifted towards cantankerous old age, but Sonic Youth would always be around, right? With so much wonderful music released in my lifetime, it’s hard to think of a world without any kind of SY record, whether it’s the noise of an SYR release or the gleeful straight-aheadness of something like Dirty.

But here we are, and here we have Coming Apart. Disturbingly intense, it’s a record of scripted improvisation, Merzbow-style guitar drones, Gordon’s agitated vocals and a hell of a long way from being straight ahead. Depending on what way you want to read it, this is Kim Gordon deciding there’s nothing left to lose and truly indulging in the art she’s always wanted to make, or she’s embraced and welcomed this freedom, the discovery of a kindred spirit in Bill Nace (the experimental guitarist behind Vampire Belt) and figured out, after years of often playing second fiddle to Moore in SY, who she is as an artist.

You can hear how comfortable Gordon is with Nace by how their duelling guitars circle around each other until they click and fit to their chosen form. Gordon’s register is low and choppy, almost bass-like on the most structured of the songs here, ‘Actress’, while Nace buzzes around with drones which are almost liquid at times (the short ‘Untitled’ is one of the few contemplative moments shining out from the darkness) then brutally solid and unmovable at other times, matching up against the drones of Gordon’s voice on ‘Everything Left’ to create a static wall of sound.

With track titles like ‘Murdress’, ‘The Last Mistress’ and ‘Can’t Help You’ it’s hard to escape the notion that Coming Apart is at times pointedly aimed at her former partner and his transgressions; but much more than that it’s a Kim Gordon record which is completely free to discuss female identity and role. ‘Murdress’, ‘Mistress’ and ‘Actress’ all point to gender roles, while the closing 35-minute suite of ‘Aint’, ‘Black’ and ‘Frontal’ begins with two re-workings of songs made famous by Nina Simone, not that you’d remotely recognise them in the hands of Body/Head. ‘Aint’ takes Simone’s ‘Ain’t Got No…I Got Life’ and mangles it with distortion and barely-contained rage, while ‘Black’ is thirteen anguished minutes of ‘Black Is The Colour of My True Love’s Hair’. The latter finds a brief cyclical chord pattern early on before it’s swallowed up by feedback and Gordon’s flat delivery of the line “I love the ground on which he stands”, surely the blackest of black comedy during a record full of retribution.

If that’s a bit tricky to sit through, it’s topped by the seventeen minutes of closing track ‘Frontal’. As much as Gordon was the experimental heart of SY, she’s never really been given the free reign to write a track like this before. With the likes of ‘Tunic’ and ‘Swimsuit Issue’ Gordon has addressed gender and “ownership” issues before, but she’s never been quite as frank as this, even the vicious blast of ‘The Last Mistress’ pales in comparison here. Beginning like a track from A Thousand Leaves, the guitars weave gently behind Gordon’s vocals before – almost without noticing – things get very dark, very quick. Atonal, dissonant, detuned…call it what you will, but Gordon’s and Nace’s guitars start to metallically howl and judder against and at one another as she rails: “it’s you that I want”, then “you would have killed me / had you not raped me” over and over before ending in one last blast of defiance: “You’re NOT gonna cut me in two!”

Being able to start over after spending so long in an iconic band speaks volumes for the power of Kim Gordon’s art and vision – she might never meet with the same critical acclaim as Sonic Youth did, and I’m sure she’s past caring about such things. As much as this is a horrific and challenging listen at times, Coming Apart is also an utterly captivating and thrilling record and…whisper it…could end up being the best music she’s ever put her name to.