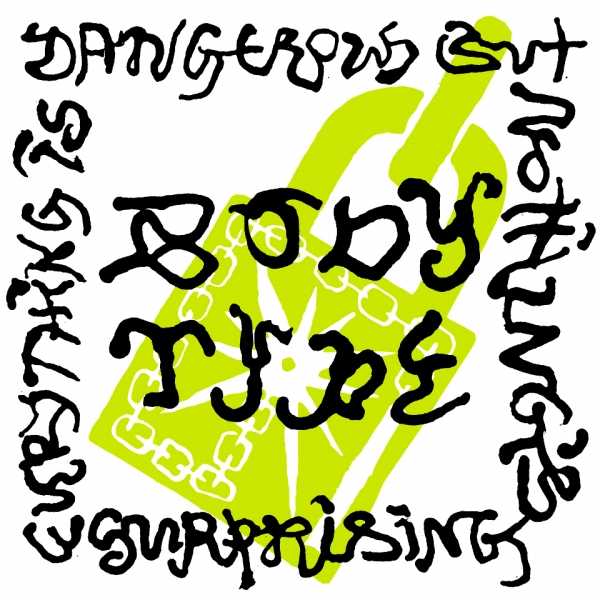 Of course nowhere is immune and Australia’s Body Type feel that indignation and have zeroed in on the ever present need to deflate some male egos. Their challenge was to create something positive from the carnage rather than rattling out dry and shouty polemic.

Thankfully Everything Is Dangerous But Nothing's Surprising is far more than simply a (justified) howl into the void, instead these songs coalesce to form an interrogation of the whys and the wherefores and then move on to empower and entertain.

So we have rage and disbelief, guitar squalls snaking across songs, band members trading lyrical zingers back and forth in a way that harks back to the age of Au Pairs and Gang of Four, relevant precursors to Body Type’s whip-smart twisting of the post punk garage band template.

But just when you think you have them neatly pigeon-holed, the honeyed tones of "Futurism" sidle up and catch you off guard, it’s ‘arm around the shoulder’ empathy always welcome. The lyric, “It’s happening around you” hits hard in it’s devastating simplicity and truth.

How many potentially strong debuts end up disappointing by being frustratingly ‘one note’? This is not one of those records. There’s plenty of sonic variation here to excite jaded ears and as a result Everything Is Dangerous has serious replay value built in.

Body Type take their experience of the day to day challenges, blinding inequalities and prosaic absurdities of modern life in the free market food chain and feed it directly into their songs. What comes out is alive with both lyrical wit and sharply focussed anger, just take "Flight Path"’s opening laugh followed by a confession, “I stole a pen from the Chateau Marmont” or "The Charm"’s sly, “Well, you’re a little bit Liberace…”

It’s been said that great music often suggests possibilities outside the status quo, and it feels like Body Type are striving for that kind of impact. The band have said they want to, "find passion amongst feverish banality", well they definitely have their work cut out in a world growing more vapid by the day, but on the evidence of this vital debut it seems they may well be up to the task.