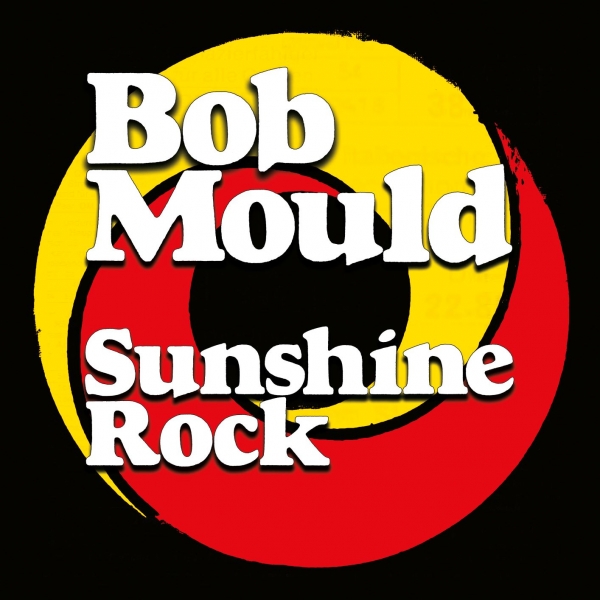 It doesn’t require much time spent with Bob Mould’s new record, Sunshine Rock, to realise that a major change in perspective has taken place.

A man known for his distorted dirges, a sound that reached its breaking point with his second solo record, Black Sheets Of Rain, back in 1990, Mould isn’t the sort of artist you’d expect to have 27 variations of the word ‘sun’ on a 35 minute album. Nor would you expect him to emphatically pronounce, on one of the singles “What Do You Want Me To Do”, that “my troubles they are ending”. Yet here we are. Stranger things have certainly happened in music, but Mould’s newfound optimism is nonetheless an interesting realignment from the revered artist.

Partly due to a move to Berlin, and partly due to a conscious effort to think more positively, Mould actually wears his new aesthetic rather well. Alongside “What Do You Want Me To Do”, Mould also released the opener and eponymous track ahead of the album, and it sets the tone for everything subsequent. Employing his traditional style of hard, fast guitars and drums, leaving his vocals submerged in the body of the mix, it’s a bombastic, almost jubilant anthem announcing his new direction.

Change in tone aside, however, Mould does continue to be faithful to the sound that’s made him such a central figure in alternative rock. Tracks such as “Thirty Dozen Roses” and “Send Me A Postcard” recall the blistering pace of his Hüsker Dü days, whereas “I Fought” is as charged as Mould’s been in recent years. He also is wary of not becoming blinded by the sunshine he references mentions, even if he is emboldened by it. On the tender “Final Years”, Mould asks “where did I put my sense of misplaced rage?”, later questioning “what do we cherish in the final years?”. Mould is somewhat cautious of his new state of mind, a perfectly reasonable response that culminates in one of the most touching moments on the album.

By no means the strongest track on Sunshine Rock, “Camp Sunshine” perhaps best epitomises Mould’s new mentality. Describing a fabricated camp where “everything is fun”, Mould is actively investing in this positive image, even if elements of it are likely untrue. Not in the bit conceited, it’s a healthy way of managing his mindset that by Mould’s own admission was becoming an issue, and one that breathes a different kind of life into his music.