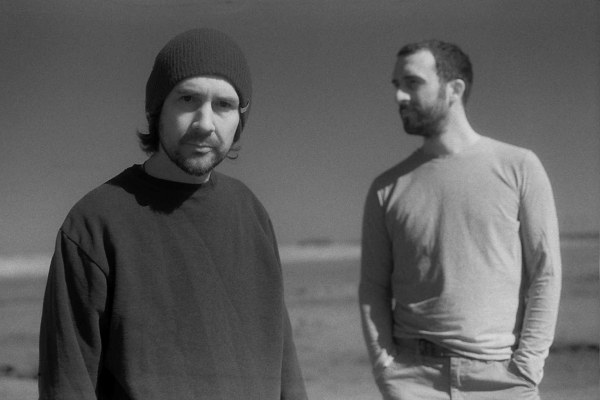 Enjoying their previous output has always required a bit of work on the listener’s part, but with Tomorrow’s Harvest, Boards Of Canada take the idea of inaccessibility a step further. The only hard copies of music from the duo’s first album since 2006’s Trans Canada Highway EP currently available came in the form of a cryptic advertising campaign involving numbers to decode and snippets of noise released on vinyl that, despite having a running time no longer than your average yawn, still fetched a barmy sum on eBay.

Even now, months later, any journalist wishing to critique the album is handed a link to an alternately named record by an act not listed as Boards of Canada, one that just happens to have tracks with identical lengths (though totally different names) to every number on Tomorrow’s Harvest. I simply have to presume that the record I’m writing about is actually theirs, and not merely an elaborate decoy.

Though the brothers Michael Sandison and Marcus Eoin clearly don’t want anyone who shouldn’t be hearing Tomorrow’s Harvest getting their ears around it even a second before they’re supposed to, that’s where claims of inaccessibility must stop being levelled at their return. Though protracted and far from conventional, it’s a thoroughly warm and welcoming listen that contains none of the pretentiousness so often fairly levelled at their contemporaries. Neither a huge leap forward nor a step back for the pair, it sounds decidedly humble for an album heralded with such fanfare; it’s as if they’re aware that when the dust settles, it’ll just be another BoC album – and another very good one at that.

Speaking of fanfare, anyone who’s been following the ridiculous drip feed of a campaign that’s announced this, their fourth LP to the world can be forgiven a laugh at the salute of trumpets that incongruously opens what is otherwise a deceptively calm record. The initial few seconds of opener ‘Gemini’ are one surprise in an album that doesn’t provide too many; it’s heavy on ethereal haze and ghostly, pulsing rhythms, but few moments of jaw dropping wonder. ‘Gemini’ itself slides quickly from its abnormal opening seconds in to familiar Boards of Canada territory; gently throbbing pulses over a low, rumbling drone.

It’s not until two thirds of the way in to ‘Reach For The Dead’ (a track you’ll already be familiar with if you care about BoC’s return whatsoever) that the album gets its first “Oh hell yes” moment, arriving when a rhythm delivered by the crispest of percussion sounds – overwhelming my skull with the sheer attention to detail given to the sounds. Like much of the record, it’s hugely melodic without initially being particularly memorable, a technique that entices you back in for further, closer listens. It’s also indicative of another of Tomorrow’s Harvest’s defining characteristics, that being placing the most tuneful, rhythmically exciting and expansive moments alongside pieces like ‘White Cyclosa’, sparse, meandering numbers that can seem more like interludes given their juxtaposition to such undeniable highlights.

If one were to skip to those highlights, you’d be making regular stops. The standout ‘Jacquard Causeway’, which sounds like riding a rusty bicycle through treacle, is the longest and best thing on the record; breaking the six and a half minute barrier despite not containing one bar of wasted music, you find yourself eager for it to continue even longer, so engrossing is its journey.

‘New Seeds’, the tune with the second longest running time, is similarly superb. One of the most rhythmically aggressive numbers here, it’s the star of a dazzling final run of more expansive efforts, arguably the type BoC still deliver better than any act who may have challenged for their crown in their seven year absence (even you, Gold Panda). ‘Palace Posy’, the hopping, jumping, skipping little number that sits at the album’s centre, is a playful masterstroke that sounds like a kids TV show sound tracked by Autechre, whilst its more fiendish but equally invigorating cousin ‘Sick Times’ flirts with filthy bass grooves and bastardised hip hop rhythms to place itself amidst the LP’s most startling moments.

Those aforementioned interludes however are overly plentiful, and in truth, underwhelming. It’s difficult to see what a minute and a half of a robotic voice reading out the numbers from one to ten over hazy synth sounds does for the record other than to break up something that was previously flowing gorgeously, and though the few minutes of ‘Transmisiones Ferox’ and ‘Uritual’ drift by in a way so inoffensive one can’t really pay much attention to them, by the time you reach ‘Sundown’ it’s impossible to view yet another such intermission as anything other than just some more very sad chords in a record that’s bursting with better ways of using very sad chords. What’s more, you get the impression any of their contemporaries could knock out something similar with little sweat – not something you could say about any of the record’s peaks.

Though very few of the songs themselves outstay their welcome, Tomorrow’s Harvest as a whole can feel overly long, and it’s the short songs that are the problem – they feel like unnecessary padding in a record whose triumphs should have been allowed to stand tall and proud by themselves. You’re advised to endure the less inspiring passages, for though numerous they are mercifully brief, and immerse yourself in the rather astonishing range of grander gems on display. Fear not – there are more than enough of them to justify how loopy everyone went at the mere thought of Boards of Canada’s return.