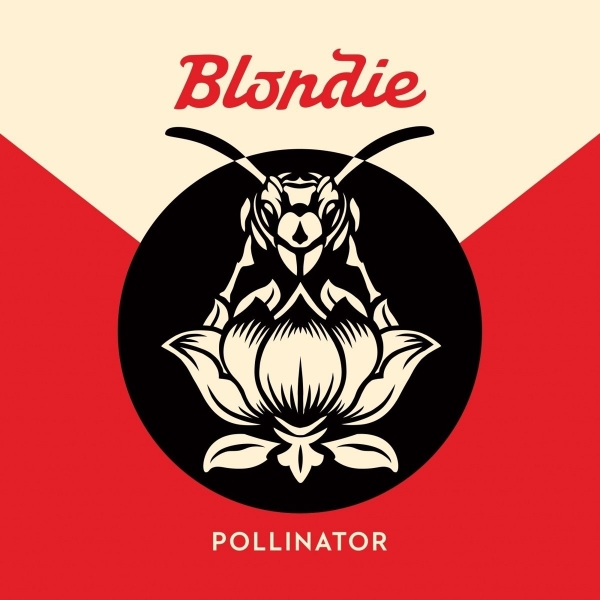 It’s hard to believe that it’s over forty years since Blondie first exploded onto the New York punk scene, sharing bills with the likes of Patti Smith and Television as part of the transatlantic movement’s artier, less political arm.

And such is Deborah Harry and co.’s lasting appeal, it’s even harder to grasp that they were often scorned by their contemporaries for a perceived lack of intellectualism and sophistication, especially after their third LP Parallel Lines - a perfect storm of disco and punk - turned them from outsider act to mainstream success story. Fitting then that decades on from art-punk’s heyday, it’s Blondie, not Smith, Verlaine or any other CBGB’s stalwart, who are continuing to enthral with their lively fusion of dance and rock.

True, Pollinator may not strictly be a complete Blondie album (many tracks here are written in partnership with, or donated by, some other famous faces, ranging from current pop royalty to fellow icons) but the group’s first LP since 2014’s Ghosts of Download plays brilliantly on their talent for blending genres and turning melancholy into melody. It’s a winningly astute addition to a catalogue too clever to be pinned down to a definitive style.

"Love Level", brimming with colourful brass, is the band’s shot at the ska-punk they probably helped to inspire, the Charli XCX-penned "Gravity" is an invigorating exercise in sugary brat-pop and "My Monster", with guitar wizardry courtesy of Johnny Marr, makes for a barnstorming centrepiece. Collaborations and contributions aside, with one-time couple Harry and Chris Stein remaining the band’s songwriting nucleus, songs like the electro-flavoured "Doom Or Destiny", which would nestle nicely alongside "Atomic" and "Heart Of Glass" in the playlist of any self-respecting new wave DJ, can trace their origins back to the pair’s doomed romance. Pollinator is proof that ex-lovers can still make beautiful music together.

Elsewhere, Harry herself is the album’s greatest revelation. Where throwaway Sia contribution "Best Day Ever" and the otherwise stellar, synth-propelled lead single "Fun", a possible anthem for promiscuity, reveal the limitations of the voice that once belted out classic dancefloor cuts for, well, fun, "Already Naked" and "Doom Or Destiny" showcase the group’s most valuable asset on unshakeable form, Harry’s sarcastic, sultry rasp recovered from obscurity and repurposed for a new era. "Long Time", a Dev Hynes co-write, proves the best of both worlds, a dark and moody neo-disco track with a suitably luscious vocal performance that's easily the best thing the band have done since their late ‘90s comeback with "Maria".

Listeners to Pollinator would be forgiven for thinking that it’s 1979 all over again. But, with 2017 showing the world in such disarray, would that really be such a bad thing?