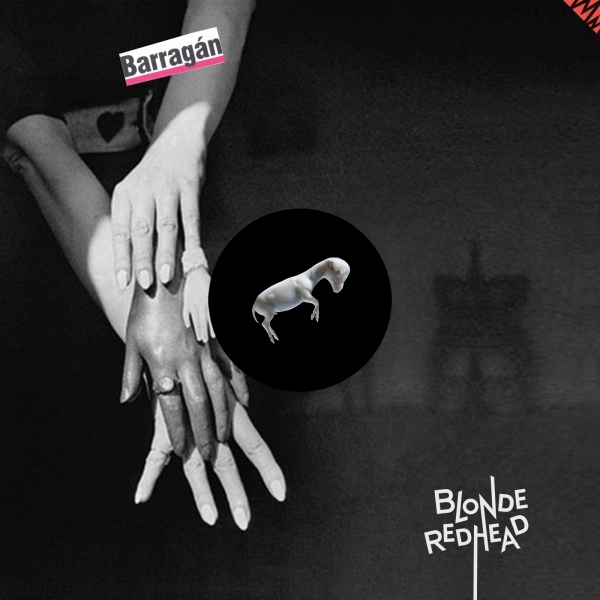 Blonde Redhead doesn’t so much dabble in different genres as fleck their canvas with them. Their back-catalogue is wrought with traces of jazz, shoegaze, no-wave, punk, noise rock, psychedelic rock, indie pop, ambient techno and plenty more. Yet across their 21-year lifespan thus far, they’ve achieved a sort of aesthetic consistency and a sound that is uniquely their own—Japanese singer Kazu Makino’s casual coos, Italian/Canadian twins Amedeo and Simone Pace’s fuzzy guitar plucks, piercing vocals and aggressive drum taps. But what has shifted over the years is the general flow of their records. Over time, they’ve gradually converted from avant noise-rockers to more of a downtempo pop outfit. Barragán, their ninth album, lands as a logical continuation of that chain.

The NYC trio’s first four records waded in the tide of no-wave and shoegaze, earning them frequent and unfortunate branding as lesser accompaniment to acts like Sonic Youth and My Bloody Valentine. Yet their fifth album, 2000’s Melody of Certain Damaged Lemons—widely heralded as their high water mark—saw a dramatic change. Blonde Redhead had donned new shoes, dabbling in more provocatively sparse material, balancing their grit and aggression with listless emotional discourse, spacious rhythms and pinpoint melodies. Since then, they’ve done their best to maintain footing along a slippery downtempo slope, with each successive release a little more mellow and pop-friendly. To that effect, Barragán‘s casual atmosphere sees Blonde Redhead at their most laid back.

There’s a distinct aural theme throughout the album—a sort of shiftless wanderlust with no next move. Entire songs are crafted out of ambling verses with very few transitions, and choruses are often denoted only by a few extra background noises and mild changes in vocal inflection. Such is the case in leading single “Dripping,” in which transitions are triggered by the introduction of warped synth tones and Pace’s vocals lifting to a delicate falsetto. These hyper-solitary compositions can feel exceptionally individual and don’t always properly counterbalance as a successively layered album—an effect that’s heightened by Barragán‘s frequent shift back and forth between ambling electro-pop (“Dripping;” “Mind To Be Had”) and soft-handed, jazzy balladry (“Cat On Tin Roof;” “Penultimo”).

For instance, intro track “Barragán” is an instrumental piece not wholly unlike Melody opener “Equally Damaged,” just notably sans the jubilant, playful edge of the flighty flute—a transition that lifted the brief introduction to new heights and gave further immediacy to its segued track “In Particular.” “Barragán,” on the other hand, paces through a single progression with a meandering melody that ducks out early, making it feel like less of an intro to track two’s tumbling “Lady M” and more a separate entity from its own namesake album.

Not to say these individualized compositions are failed attempts—quite the contrary, they’re surprisingly infectious given their repetitive nature. Rather this should serve merely as a warning to diehard Melody or 23 or (insert your personal favorite album here) fans: compositionally, this isn’t what you’re used to. But then again, what are Blonde Redhead fans used to if not the stark and unconventional?