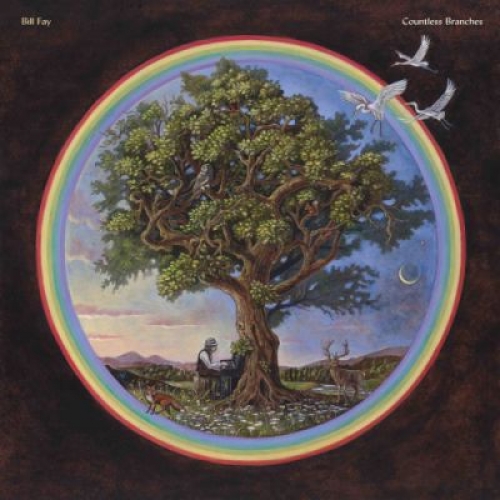 It takes courage (or foolhardiness) to present songs in the nude, without any extra embellishments. Get it right, and you might get another Nebraska, World Gone Wrong or Carrie & Lowell: a unified set of committed performances that requires nothing extra to compel. Miss the mark, and you’ll wound with a monotonous, flat record, with every fluffed line and derivative melody exposed for extra scrutiny.

Bill Fay and producer Joshua Henry were absolutely correct to strip the ten tunes on Countless Branches to their bare foundations. This is one of those rare records were extra additions aren't just unnecessary; fine as they are, the fuller arrangements of some of these same songs included here as bonus tracks suggest that Fay has cooked up material of such elemental and fragile beauty that any additional noises could easily scare away the magic.

The sessions for Countless Branches were initially aimed at crafting the kind of economic and sparse yet nuanced band arrangements that fuelled Fay's first two "comeback" albums, 2012's Life Is People and Who Is The Sender? from 2015 (the 75-year old songwriter was dropped by his label after his second album flopped in 1971, only returning to recording after reissues of his early works had picked up the kind of cult following that evaded him during his first spell of musical activity). However, it was soon decided that it was wiser to stick to the spirit of Fay's solo piano/vocals home demos.

The likes of "In Human Hands" feature more silence between the notes than most of us are accustomed to. What initially feels challenging in its uncompromising minimalism soon gains a powerful pull and a feeling of ear-cleansing freshness. The stark presentation makes the judiciously administered extra instrumentation pack a powerful punch: the cosmic keyboards at the end of "Salt of the Earth" elevate the track's wise and weary beauty to almost unbearable levels of poignancy. When drums and percussion pop in on "Your Little Face", it sounds like bombs going off - in a good way.

It's hard to believe these songs were culled from demos recorded over a number of years, such is the sense of unity and thematic cohesion. Fay's most acclaimed album, 1971's Time of the Last Persecution, was fuelled with apocalyptic foreboding and cataloguing what had been lost. Countless Branches is guided by celebrating what still remains: the untainted human spirit, natural beauty, the fragility and cyclical nature of life, selfless love. To paraphrase the title of one of the standouts, these are songs filled with wonder, at times - namely the quietly majestic closer "One Life"- reminiscent of ageless secular hymns.