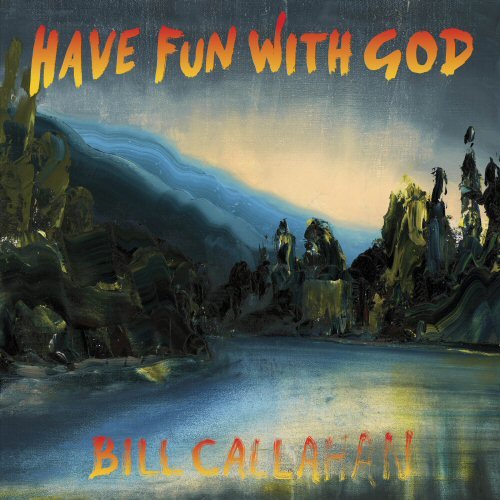 Over the years, Bill Callahan has achieved the kind of status that means he can put out a dub version of an album with anyone having much recourse to complain. And so Dream River, arguably his finest album since dropping the Smog moniker, is here reimagined in the unlikely form of a dub record.

The tracklisting mirrors Dream River, only each song is playfully retitled. “The Sing” becomes “Thank Dub”, and “Ride My Arrow” is given a makeover as “Ride My Dub”. The songs each bear resemblance to their vestigial iterations – the lyrics remain unchanged – but the instrumentation is stripped down and what’s left is then smattered in reverb. Gone are the meditative strings and cozy rhythms and in their place is unsettling scratching and scant vocals.

What’s so captivating about this release is the spectral form the music takes. Given that Dream River was Callahan at his most contemplative – on “Summer Painter” musing whilst painting a boat on the irrelevance of wealth – here it is dissonance and scarcity that define his approach, giving the songs a renewed potency. Indeed, the existentialist plight of the painter is expressed as the lyrics “I never truly knew who I was working for anyway/ The rich or the poor?” swirl into a harrowing echo. When he coos with typical tongue-in-cheek resignation, on “Thank Dub” that “the only words I’ve said today/are beer/and thank you”, one is left not grinning so much as shrinking.

There are times when the messiness of the arrangements outright obfuscates the erstwhile idyllic beauty of Dream River, and it’s here where the record frustrates. The over-reliance of reverb and echo-boxes on “Expanding Dub” (that’s “Javelin Unlanding” MK II) confounds, and “Call It Dub” (“Spring”) is a disappointment, stripping away everything that made the song so darned listenable in the first place.

The end result is an album sure to be a curiosity for fans but likely to be lost on everyone else. Dream River was undoubtedly one of 2013’s best LPs, and any excuse to revisit it is welcome, but one can’t help wishing its poet-savant creator would’ve tried to do so in a slightly less nutty way. There is something to be said for the reissue-with-bonus-tracks format, after all.