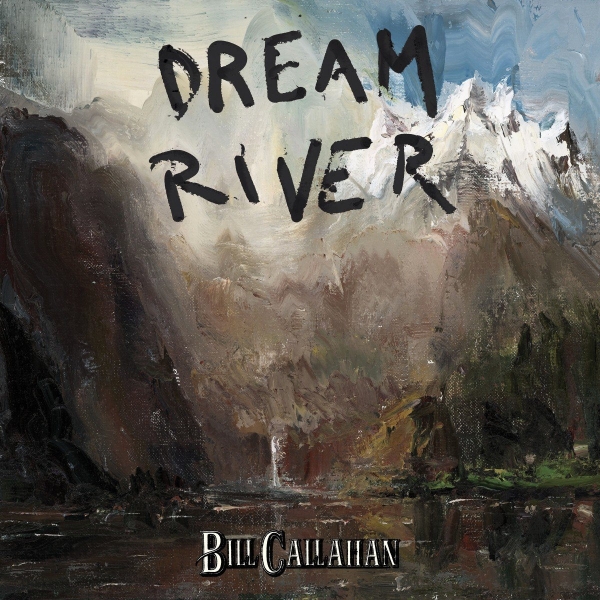 Funny thing about Bill Callahan: he only pulled down the obfuscating shield of his Smog moniker after finally beginning to layer his stark, unfettered art with luscious, subtle decoration. Dream River, either his fourth album or his fifteenth (depending on whether you view the switch to his real name as a dividing line or a noteworthy detail to an impressive body of work), moves at the same ambling pace as previous albums Sometimes I Wish We Were An Eagle and Apocalypse – albeit with the scent of sweet, sweet soul in its nostrils and a delectable sense of optimism coursing through its countrified blood.

That’s not to see Bill’s all outta sombre – those familiar tones’n’moans are all there. You can hear them in ‘The Sing’, with its barfly philosopher gazing out of “a window that isn’t there” and reveling in solitude as he patiently idles away the hours. “The only words I’ve said today,” he remarks, “are beer and thank you.” But what initially seems like a doleful recognition of futility slowly evolves into an ode to watching the world go by, quietly observing his surroundings as he waits for inspiration to hit. Interspersed with deft intricacies and solemnly optimistic fiddle flourishes, the sumptuous backdrop builds gracefully to his conclusion: “We’re all looking for a body/Or a means to make one sing.” There’s misery here, and resignation to wastefulness, and fatalistic shruggery… it seems almost self-flagellatingly indulgent to dive in, but crucially hope emerges at the other side.

Musically, Dream River sticks calmly to understated Americana, generally managing to pull off Lambchop’s neat one-inch punch trick – seemingly effortless and gentle, only to echo with far more drama and beautifully powerful resonance. Much of the drama comes from the flute lines that chirp like spring morning birdsong one minute before wailing portentously the next. Most impressive are their heart-stopping flutters above the world’s most doom-laden wah-ing guitar on ‘Spring’; nature, seasons and sensuality overlapping thematically as context for sexual impulse. “All I want to do is make love to you/In the fertile dirt” – OK, so it might not be the most conventional of seduction techniques, but it sounds like meticulous poetry when doused with Bill’s unerringly frank urgency, and driven by the album’s one moment of dark cacophony.

Elsewhere, narrators question their place in the food chain amidst the tale of a summer spent painting boats, and coo contentedly whilst summarizing a relationship as a “small plane”. The most enduring image, however, is of our hero’s unblinking stare into the middle distance on ‘Winter Road’, as “a Donald Sutherland interview comes on the truck radio” wherein the actor apologises “to all he’s loved”. Bill pauses to reflect, before explaining the lesson: “When things are beautiful/Just keep on”. With a record as satisfyingly exquisite as this, he’d be best to take his own advice.