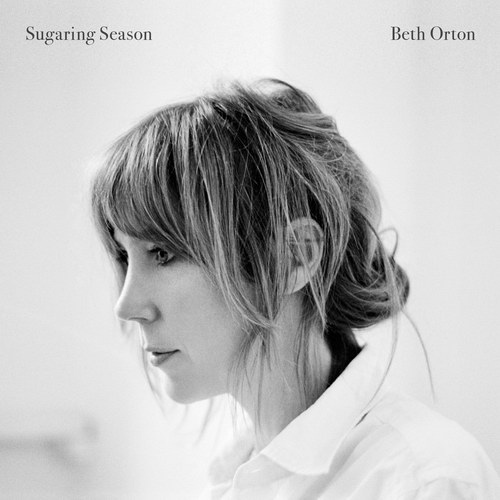 People often talk of artists “growing up” – which is sometimes a polite way of saying that their music has just become a bit boring. With Beth Orton, this couldn’t be further from the truth. On Sugaring Season, her sixth studio album and her first in as many years, Orton has set her maturity free, and from this act of bravery comes one of the best folk-flavoured albums of the year. Gone is the nervous fragility that once characterised her songs, persisting only in her voice, which has never sounded stronger. Instead, we are treated to pop songs intelligent enough to understand the value of a hook, folk ballads good enough to compete with the classics, and a record that is loud in its understated, unpretentious quiet.

‘Magpie’, the album’s icebreaker, is indicative of Beth Orton’s fertile relationship with Bert Jansch – someone she has openly spoken of as a personal hero, and with whom she often collaborated, until Jansch’s death from cancer last year. Black Swan, his 2008 album on which she helped with his increasingly frayed vocals, was something of a highpoint in this relationship, and it seems to have intensified Orton’s swing towards a more traditional approach to music-making, first mooted on 2006’s Comfort of Strangers. ‘Magpie’ is the statement Orton needed to make after her long interlude, brilliantly achieving what so much modern folk music, including parts of Black Swan, fails to do – making familiar cadences sound fresh, communicating the anger that is an important part of the folk tradition without preaching it, and showing that the pain Orton so beautifully expresses is both communal and personal. Folk music is the music of the people, of the volk, and despite an up-and-down six years, in which she was dropped by EMI, became a mother, married Sam Amidon, even questioned whether she would ever make music again, Beth Orton has updated this convention powerfully, making sure that Sugaring Season an intelligent record, but one that is also skilfully accessible.

A major part of this is Sugaring Season’s approach to genre. It flits between wholly convincing pop choruses, particularly on Something More Beautiful, bluesy piano ballads, suited for “the hours when spiders mend their webs”, and folk songs that float easily through the vagaries. As Beth herself has said: “I used to think it was good to kind of work within your limitations. Then I started to think: fuck my limitations. I was playing on my own anyway, no one had to hear what I was doing.”

Beth Orton’s music, as described by frequent Sigur Rós collaborators Arni & Kinski (who directed the video for ‘Magpie’), is “a trip of trust, a trip into the unknown, heat strokes, hallucinations and magic”. It is also one of the best folk-influenced albums of the year so far. Let’s hope we don’t have to wait another six years for the follow-up.