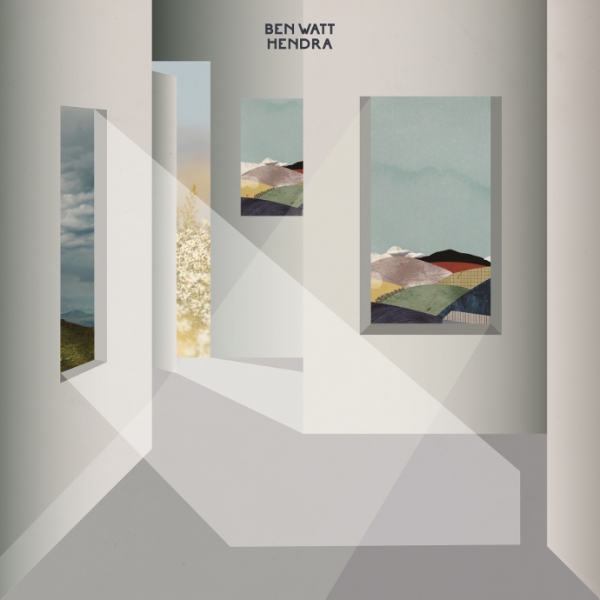 “I’m up for selling the business/my heart isn’t in it/without your face over the counter”; England is a nation of struggling shopkeepers, and on his beautiful, bittersweet solo LP, Ben Watt embraces themes of disillusion and personal loss to echo a countrywide solemnity.

It’s been thirty one years since the release of his folky solo debut North Marine Drive, and the three ensuing decades have seen him form one half of Humberside heroes Everything But the Girl, launch a record label and become a revered DJ. Now, he’s embarked on two new creative projects; his second book Romany and Tom, and a new solo record Hendra, which sees him return to his folk roots.

“I had come to a plateau with the labels and clubland”, Watt says of his re-acclimatisation. The result of his abrupt sonic turn is a wonderfully uncluttered record, offering an eclectic mix of subtle John Martyn-like folk and stripped-back rock tracks. Aside from the odd synthesiser flourish, it follows a simple, well proven formula; man and guitar, words and music.

It’s a record full of endearingly honest and moving song writing. Hendra pulls no emotional punches and explores the most personal of subject matter: sadly, Watt’s sister passed away while Hendra was being put together, and the weight of the loss lies heavy on the album. He recounts the scattering of her ashes on “Matthew Arnold’s Field,” where we’re placed in the midst of an idyllic pastoral scene. The calm of the bucolic landscape is juxtaposed neatly with the palpable emotional turbulence of a protagonist struggling to say goodbye. It’s poignant yet unsentimental, and completely overwhelming; you’d need a heart of stone to resist its impact.

Sombre themes aside, there’s a lot to get excited about here. Collaborations with ex-Suede guitarist Bernard Butler and rock institution David Gilmour add striking dimensions to the record. Butler brings some delectably crunchy guitar work throughout, and plays a major part in defining the sound of the record, while Gilmour adds slide and backing vocals on “The Levels”, Hendra’s radiant centrepiece. It’s a wonderfully stoic piece, featuring some of the album’s more uplifting philosophical lyrical content that effectively counterbalances the entire record.

There’s an aching pain that throbs throughout Hendra. But as the personal suffering that shapes the album is lamented, there is a clear cathartic quality to these songs. As Watt states on “The Levels”, “Everyone has wounds that heal over time/And I’ll get over mine”; a resilient, and very English affair, this is the sound of a country man’s upper lip slowly beginning to stiffen.