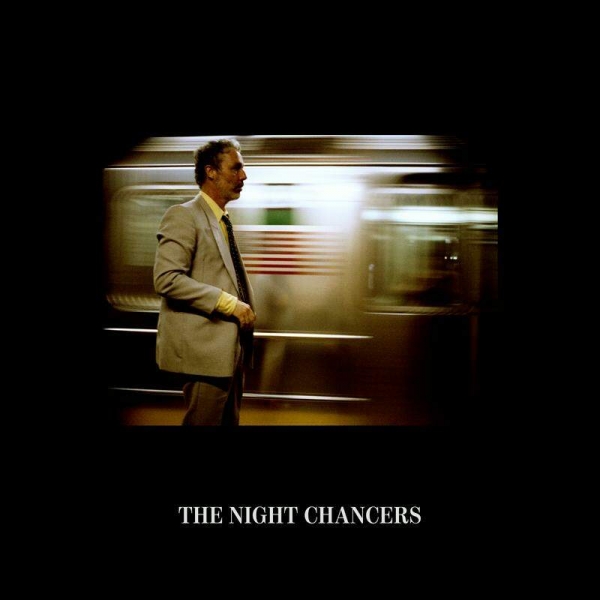 ​​Focusing in on the promiscuity, insecurity and thrill of modern dating, The Night Chancers narrative is so fully realised that it feels inherently like a concept album, even if this wasn’t Baxter Dury’s intention. ​

All of the stories (we’ll call them stories for Dury’s talent for getting to the nitty-gritty of the interior monologue) depict lovers in various uncomfortable trysts: being left in a hotel room after hours and waiting for the dawn to come ("The Night Chancers"), stalking an ex lovers’ new beau on Instagram ("Carla’s Got a Boyfriend") or accepting the demise of a life affirming relationship ("Daylight"). And taking into account the album art, that features Dury in various locations in New York, it feels as if all of these vignettes could co-exist, taking place across one single night in a metropolitan city.

Lyrically, Dury treats The Night Chancers like a documentary film, giving each character a close-up and shining a light on the dirty reality of romance. Whether it’s the dry, cracked lips of the gorgeous fashionistas on "Sleep People" or the female heavy breathing that punctuates "Samurai" - mimicking the sound of a woman reaching climax - the listener is thrown into close proximity with the action, becoming wrapped up in the drama similar to a voyeur. You find yourself unable to turn away, the sordid becoming alluring.

Tying in with its lyrical bleakness and illicitness, The Night Chancers opts for a darker more sensual sound, thanks, in large part to its 90s hip-hop influence. Channelling the sexual prowess of Biggie Smalls through the glamour of French pop, Dury deconstructs the genre, picking out details that are most in keeping with the album’s elegant air, never dipping into pastiche. On "Saliva Hog" this influence translate into a certain loucheness. The track’s combination of sparse beats, low humming bass and caramel strings makes the listener want to immerse themselves in the sonic landscape, neck deep like a bath, while Dury’s insouciant delivery is sexy as hell.


"Carla’s Got A Boyfriend" retains a similarly laid back flair, exposing the character’s deepest vulnerabilities. The languid guitar, funky bassline and Dury’s half spoken cockney growl contrast with the airy female vocal in the chorus, the latter acting as a foil to the faux tough guy bravado. It captures the muddiness of the mind when it comes to love, the certainty fighting with the lingering doubt, dancing in our head like a tune.

The Night Chancers is Dury’s most accomplished work, its self awareness and innate understanding of genre and language shows the songwriter to be in the prime of his creativity.