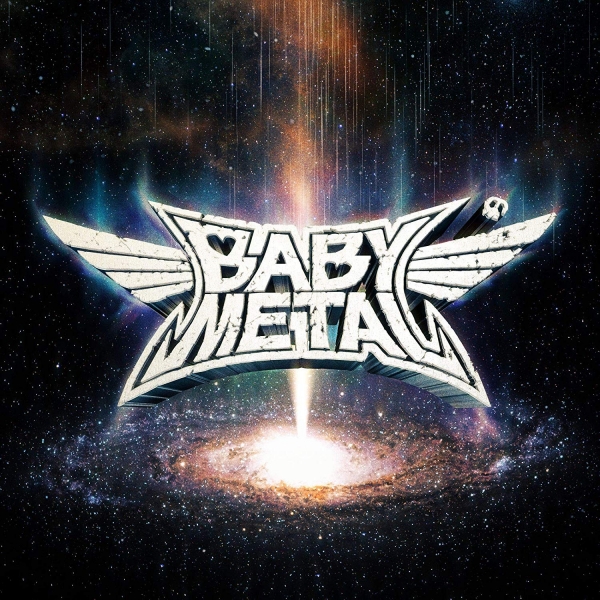 They started off as a bit of a novelty.

In the time of PSY and an explosion of East Asian culture across the world, Babymetal and their wonderfully wild take on the already-niche world of metalcore drew attention from the world in a big way. But, for those you who paid attention, you’ve seen the members of this band mature into women more than capable of holding their own on the world stage they’ve been given.

Like any band, the Japanese duo have had their battles to contest with. On the one hand, losing a member – especially when the line-up is as iconic as Babymetal’s – can be something of a hefty blow. Fortunately for them, there has arguably never been a better team to be in J-Pop act making music for the western world to consume. Take for instance Haru Nemeri who has all the makings of an indie sweetheart, or CHVRCHES collaborating with Wednesday Campanella on a single last year. This might be the perfect time to release an album like Metal Galaxy.

Overall, Metal Galaxy incorporates many of the elements we’ve heard on the last two Babymetal albums. Power ballads in the form of the heart-wrenching "Starlight"? Check. Bombastic anthems in songs like "PA PA YA"? Yep. There’s even a subtle trap influence throughout the entire album for good measure. But something about the records feels like as thought it’s stepped up to a certain level. The dramatic introduction that hits as the album opens with the semi-eponymous "FUTURE METAL" gives the sense that we’re about to sink into something of a rock opera from outer space.

The soaring vocals that help make "FUTURE METAL" the wonderfully epic prelude it is continue into the album, bringing grandiose, soaring moments. These efforts are courtesy of Su-Metal, a natural vocal leader with a talent that has noticeably developed since the inception of the band. That’s not to discount the talents of Moametal however, as her accompanying vocals provide a glimmering harmony throughout. It’s those same vocal talents that help Da Da Dance and Elevator Girl come out the gate sounding like natural singles, with the latter having maybe the most English of any Babymetal song.

More than any Babymetal album though, MetaI Galaxy seems to incorporate a whole host of electronic elements, with moments that frequently nod towards Chiptune. But just when you think you’ve got the album figured out, we get into the territory of genre-hopping. There’s metalcore, hip-hop, East Asian, and Middle Eastern influences in songs like "Shanti Shanti Shanti", and even... folk? Variety may be the spice of life, but at some point, a line has to be drawn. Take for instance "Oh Manijnai" as a prime example of how the the album starts to wane halfway through for all its novelty. It’s an example of just one of the many features through the record Swedish vocalist Joakim Brodén, and how those songs seem to take on the persona of whoever is featuring on the song, instead of being uniquely Babymetal, meaning the whole thing comes off feeling not as organic as it could.

That same breadth and variety in sounds on the record are part of its charm and Babymetal’s appeal in general. It means that would never really quite know what to expect, which is to the benefit of this album. However, it’s a fine line to walk between variety and novelty. Metal Galaxy dances along this line in admittedly very fun way, but that fun is at the expense of true depth and soul.