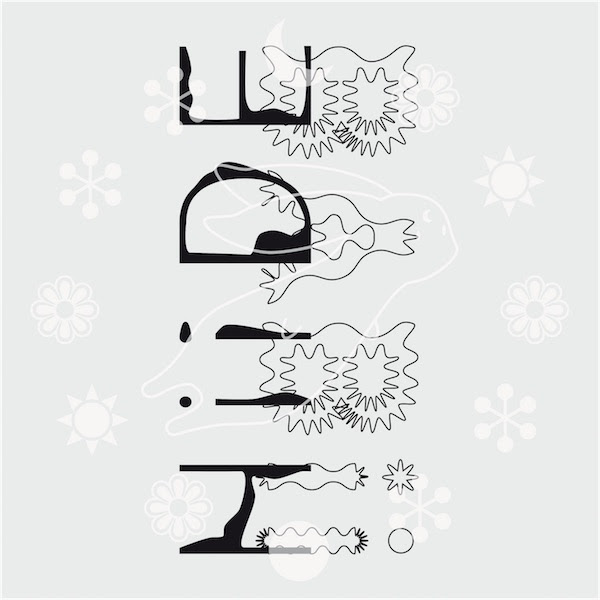 Despite already having released four singles from it, Margate newcomer BABii insists her debut album HiiDE is best understood as a nine-track whole.

BABii’s sound has certainly crystallised over the course of her dreamily enigmatic single releases, but she’s right to affirm the strength of her record as a whole. Whilst “PHANTOM”, “SEiiZURE”, “CARNiiVORE”, and “POiiSON” each stood alone with poise and drama, in the context of HiiDE’s lean tracklisting they become immersive fragments of a dizzying, all-encompassing whole.

Featuring five previously unheard tracks, HiiDE is cloaked in high-contrast drama reminiscent of that conjured by Purity Ring or pre-2012 Grimes. Opening track “SYMMETRii” is where these comparisons shine the strongest, making for a sparkling listen despite not being the most original-sounding component of the LP.

“CARNiiVORE” and “PHANTOM” remain as beguiling as ever; the former weighted down with a monstrous bassline seemingly always in danger of engulfing and – appropriately – devouring BABii’s sugary topline. This depth surfaces repeatedly in several new tracks, though in “VOLCANO” and “SKiiN” it’s less an omnipresent rumble than snappy snarls matched to synthesized steel drums or clipped vocal samples.

The opening to “STRAY” is one of the record’s most stripped-back moments. Elsewhere on HiiDE, BABii’s appeal comes from her faultless command of multiple swirling layers of sound. Here, she throws her penchant for maximalism into stark contrast and reveals a new versatility. Oh, and a knack with a thumb piano, in case you were worried her skills were confined to the futuristic.

Plagued with distortion, new track “FEAR” is one of the few facets of HiiDE that doesn’t pack such a sonic punch. The electronic overpowers the melodic, while BABii’s “repeat, repeat” vocal refrain is, whether ironically or intentionally, too repetitive to really get one’s teeth into – particularly when set to “FEAR”’s looping, relentless backdrop.

Singles “POiiSON” and “SEiiZURE” close out HiiDE on an undeniable high; a reminder that whilse BABii’s genreless electro-dance-pop hybrid may echo similarly macabre and mysterious predecessors, her high-concept, DIY approach reveals a strength of vision that’s all her own.