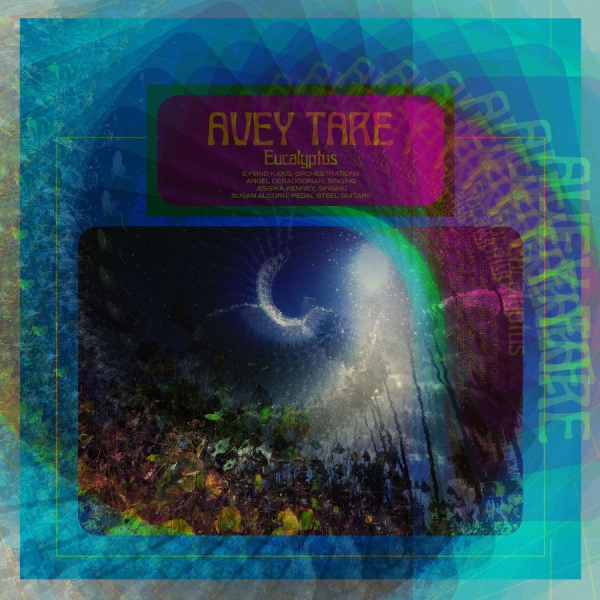 When you think of the sunny Californian coast, one of the first things that springs to mind is probably not the eucalyptus tree - but between the warm breezes and perennial sunshine you’d be much more likely to find that Antipodean greenery hanging by Santa Monica beach than you would in the Australian outback.

It makes sense then, that since Avey Tare (a.k.a. David Portner) moved to the west coast, he has embraced the concept of the eucalyptus tree, including its latent psychedelic properties.

The Animal Collective frontman is certainly no stranger to reinvention. Whether it's his cosmic pop outings as one third of Slasher Flicks or the experimental noise rock of Terrestrial Tones, Portner has made a habit of being an unintentional standard bearer for unselfconscious geeky electronica. And with Eucalyptus, Portner has reigned in the squidgy sonics he started to explore on 2010’s Down There, and has ended up creating something altogether more challenging.

The appropriately titled opener “Season High” rushes in like a hot Californian breeze as it juggles a mix of old school Crosby Stills Nash and Young acoustics and wobbly electronics. The striking thing is the complete lack of percussion, which leaves the accoustic twangs and saturated vocals hanging amorphosly like a nebulous cloud. And this is something that continues throughout the album.

With Eucalyptus it's clear that Avey Tare is not going for coherency, as he's brought together a sonic smorgasbord of home tapings, demos and found sounds, and pieces them together in a way that’s beguiling and confusing in equal measure.

The pairing of “Lunch Out of Order” pts. 1 and 2 coalesces elements of clashing crockery and deeply mind-bending wells of reverb that sound like the sonic equivalent of a David Cronenberg film. “DR aw one for J” revs with crunching cyclical drones and sits as more of a sound collage than an end-to-end composition. It's all slightly unsettling but equally compelling.

At just over an hour, Eucalyptus is a bit too sprawling, and could have probably been pruned comfortably in half. This may have made it a little bit more accessible and coherent, but given Avey Tare’s boundary pushing mindset, this probably would have missed the point.