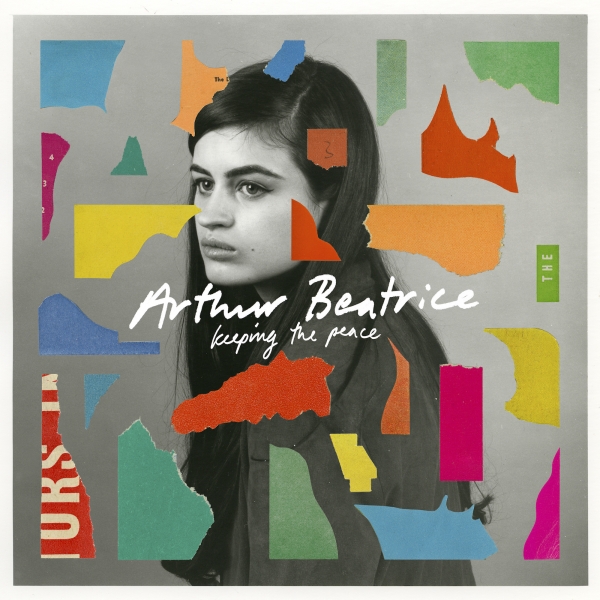 When your debut was marked for its sparse beauty and mystery, where exactly can you go from there?

You could dial it even further back to create something akin to John Cage’s seminal pop banger (so long as you’re by a building site) "4’ 33”". Or you could do as London four-piece Arthur Beatrice have done and bring some heavy hitters to the table, including the London Contemporary Orchestra, to create a well-rounded, bombastic sound that still has a touch of their past for good measure.

Arthur Beatrice’s debut, Working Out, led them to be hailed as “the new xx”, even if the sparsity of sound they both shared felt like they came from totally different places. This second album, Keeping The Peace, is the band well and truly throwing off those ill-fitting shackles and striking out on their own.

Where Working Out was more quietly impressive, Keeping The Peace more often than not feels like you’re soaring  high above a city scape, in complete awe at the spectacle below. Most of this feeling is due to Ella Girardot’s crystal clear vocals, now taking sole vocal duties with impressive results.

Throughout the album, her voice is continually responsible from some heart-stopping moments. Backed by the LCO’s dramatic horns, “Healing” is a simple, beautiful track that really lets Girardot take centre stage. Meanwhile on one of a number of album highlights, “Worry” sees her belting out the defiant refrain “Did you think you were in charge?” behind the swelling orchestra to arresting effect.

With Keeping The Peace, we see a shift to something altogether more bombastic and awe-inspiring than the hushed and guarded sound of Working Out. From the furious chugging bassline and house beats of “Who Returned” to the faith restoring cacophony of sound as orchestra meets gospel choir meets Arthur Beatrice on “Every Cell”, this is a band making the most of all its strengths to stunning effect.