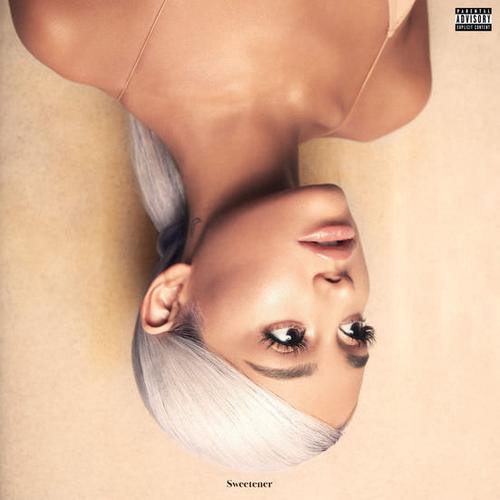 Ariana Grande is a spoonful of sugar in an otherwise sour world.

It may have seemed natural for her to write a ballad-filled album, ten emotional tracks mourning the tragic events of 22nd May 2017. But Ariana understands pop. She understands that a comeback of this kind should involve a lot of cathartic pop songs – designed for belting at every opportunity. She’s always understood this. This is the same artist who, during one of music’s bleakest hours, arguably of all time, played "Side to Side" (a song about having so much sex you can’t walk straight), because the fans would’ve wanted to hear the hits.

So in comes Sweetener. It does exactly what it says on the tin. Fifteen tracks that put a smile on your face and a tear in your eye. Production duties were granted primarily to Pharrell Williams, allowing Ariana to explore a more experimental sound, but honestly, her voice is so strong, it’s hard to imagine a genre it wouldn’t suit.

As with Ariana’s previous two records, the record opens with a short intro, this time an a capella dedication to the victims of the Manchester attacks. She might have dropped the kids entertainer act long ago, but on this, she could be mistaken for being a Disney princess. The tone changes almost immediately, with the bouncy, also Pharrell-featuring, "blazed". "the light is coming" with Nicki Minaj follows suit. “The light is coming to give back everything the darkness stole” is such a straightforward refrain, but it describes the album so flawlessly.

That track is also easily one of the most experimental in Ariana’s catalogue, with all its '80s video game sounds and that looping news clip. Pharrell really has the Midas touch on Sweetener: it’s hard to find fault in any of his credited tracks. "R.E.M", "sweetener", "successful" and "borderline" all push the boundaries of what streaming-age pop should sound like, without ever compromising the track’s catchiness.

The overarching theme of Sweetener though, is her love for fiancé and SNL comedian Pete Davidson, even naming a song after him. It genuinely doesn’t feel like overkill though, which it very easily could, considering they got engaged the day they met.

You’d think it’d make the Max Martin produced stuff stand out all the more, but it all blends together pretty fantastically. The producers seemed to share the same vision for the record – bare in mind it was Max Martin who produced and co-wrote the lead single "no tears left to cry".

Keeping the ratting trap beats across most of the tracks keeps the record bang up to date, but adding in flourishes of experimental instrumentation sees Ariana going so much further. Predicting a future where Ariana has at least another decade at the top seems naïve, but it’s not impossible. She closes the album by adding 40 seconds of silence to "get well soon" to make the song 5:22 - that’s the date of the Manchester attacks to you and I. There really isn’t a sweeter artist out there.