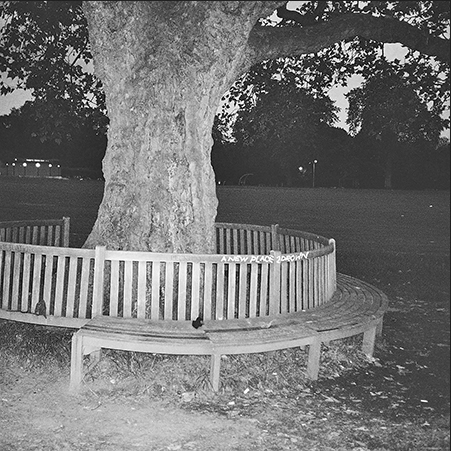 Archy Marshall’s A New Place 2 Drown is pure sonic neo-noir. With its combination of macabre instrumentation and gritty ‘90s hip-hop influence, it’s the kind of record that feels wrong to listen to before the witching hour. Accompanied by a semi-autobiographical short film and a literary collaboration with his brother, Jack, the album is an immersive, if slightly opaque, dive into Marshall’s psyche.

Drown reaches its zenith fairly early, with the mesmerizing consecutive run of "Swell," "Arise Dear Brother," and "Ammi Ammi." The three tracks feature some of Marshall's sharpest songwriting, where the impressiveness of his lyricism is not undersold by his lackadaisical, baritone delivery. The drum programming on each track is intricate and impressive, perfectly complimenting his clean, spacey guitar work.

"She's the type I carry by my side/Keeps me balanced, keeps her talons in my thigh/Reminds me of the damage of how I live my life/Keeps my salary damaged, hanging from the line/Her love's unlimited, she lays there playing Barry White," he croons on "Ammi Ammi."

The distinct voice of Marshall (also known as King Krule) and the fairly muted palate he's allowing himself to paint with, A New Place 2 Drown does start to drag towards the back end.

"Eyes Drift" has a satisfying, crunchy synth melody, but without discernible vocals it doesn't allow Marshall to do anything particularly exciting, and serves only as passable filler. Elsewhere, the transformation on "Thames Water" is impressive as a technical feat, but not particularly easy to take in as a song.

There are times on the record where the ideas Marshall is grappling with are more engaging than the final product, but that may be by design. The "Some men are dogs to be specific" premise on "Sex With Nobody" is intriguing, as are the pitch-shifted vocals, but it is hurt by a lack of urgency.

Still, A New Place 2 Drown is a noteworthy feat, an album that manages to both keep listeners at arm's length with its basement rap influence and slacker delivery, while also providing those who are new to Marshall with insight into his persona. It may ultimately be a footnote in his prolific career, but the album's restrained, nuanced intelligence is a testament to Marshall's pure talent and compelling persona.