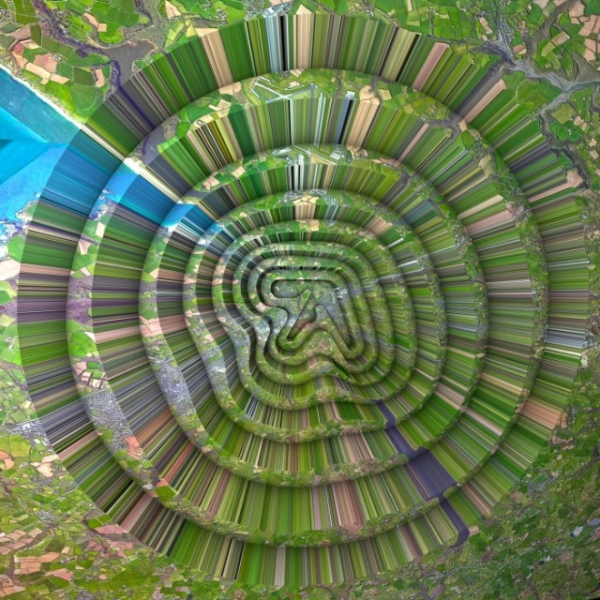 Richard D. James is an artist as exciting as he is enigmatic. Carving a path through the 1990s under the Aphex Twin alias, James is renowned for his ability to fluctuate, altering his musical identity entirely from record to record.

Following a hiatus of thirteen years Aphex Twin returned in 2014 with his 7th studio album, Syro. Though engaging, the album operated more as a series of isolated tracks, lacking the raw appeal of a gut-punching single like "Windowlicker" or the strategic direction of an album like Selected Ambient Works 85-92. This was followed by the somewhat unremarkable Cheetah EP in 2016, which broke little new ground for James.

Enter the Collapse EP: a record which systematically intertwines the total sonic collapse of its title with the softer, more melancholic refrains present within James’ earlier ambient work.

Markedly, Collapse is shorter than 2016’s Cheetah, yet it's a far more confident release; each track feels assured in its own harmonic direction and bone-crushing rhythmic potential.

The record begins with the previously released "T69 Collapse", an intricate and calculated track in which James layers sharp drum rhythms across grimy, snaking synth riffs and sporadic tempo spikes. In direct contrast, the song is also marked by profound moments of peace, troughs in which to relax before inevitable rise back into its anarchic peaks.

The musical arrangement present on Collapse represents some of the finest and most varied to be found across any of James’ projects; packed with ideas, the EP seamlessly sways between primal aggression and soothing clarity.

In fact, through its intricacy and single-mindedness the album takes on a hypnotic quality towards its close. The track "abundance10edit[2 R8’s, FZ20m & a909]" slows the pace and intersperses its bubble-gum percussion with slow breathy synthesizers all whilst the persistent vocal sample offers to ‘lead you to the land of abundance’. This statement seems almost to describe Collapse as a whole, an open invitation into a world abundant in sound, creativity & fractious thought.

Collapse isn’t accessible per se, but it is a release which perfectly reflects the finest elements of Richard James’ oeuvre. It is a record liberated from convention, unafraid of failure and confident in its depth. In short, it is classic Aphex Twin: chameleonic, challenging, and cavernous. It is an unmissable return to form.