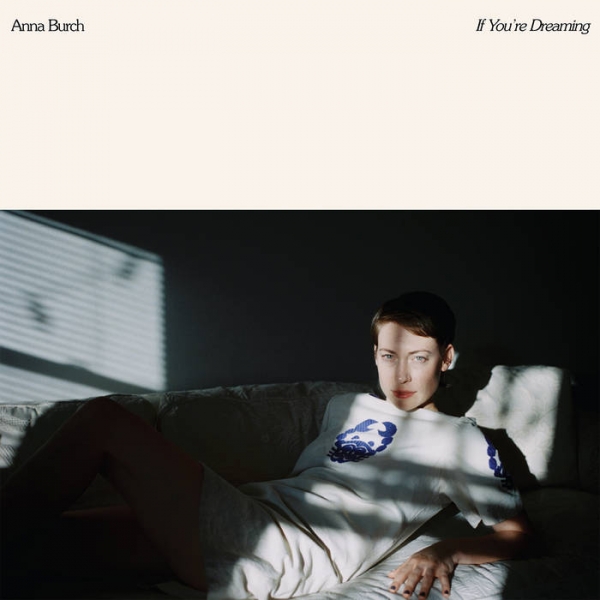 With 2018 debut, Quit The Curse, Michigan’s Anna Burch encompassed how it feels to be cataclysmic balls of energy contained within our mortal skin suits. On If You’re Dreaming, she turns the mirror inward.

Being on the road as an artist is certainly a duality. Anna Burch began writing what would make If You’re Dreaming - the result of alcohol-fueled evenings preceding insomniac nights on a bus full of band mates while touring her first - she turned her writing inward to create the foundations of an album wrought with themes of self-imposed isolation, confusion, and the never ending transience of life from a bunk. And what came out is one solid, relatable, at times dreamy, record that’s really bloody fun to sing along to.

If You’re Dreaming opens up with two of the best songs on the album—“Can’t Sleep” (a whirling cacophony of stoner riffs, crystal vocals, and ethereal high end, reverb-fuelled guitars) and “Party’s Over” (a discordant, disconcerting meditation on physical and mental exhaustion)—ones that set the tone for what lies ahead. They’re two tracks so good it’s hard not to put them on repeat. Thanks to Burch’s pointed, sophisticated songwriting ability, what comes after, starting with the hazy, Portishead-ish “Jacket”, is more than worth listening to.

Anna Burch has a distinctly '90s sound. A '90s sound Gen X would’ve had the pleasure to catch on college radio if she were making music then; an institution of modern day indie which was the only way, at the time, to catch up-and-coming artists. If You’re Dreaming is a continuation of that, in the sense that if you were searching for a radio station and came across “Not So Bad” or “Go It Alone”, you’d hurriedly go and search for bootlegs. But as nostalgic a feeling this record brings, her music is perhaps more telling of how it is to be alive in 2020.

If You’re Dreaming is the active search for that connection. The instrumental “Keep it Warm” serves as a musical intermission, a chance to breathe between drinks or that moment before you finally fall asleep but are jolted awake but pleasantly. It serves up a much more relaxed partner to the first record, yet never seems to fall into habits too unfamiliar to master or more of the same—often curses for sophomore albums.

On the contrary, If You’re Dreaming is quintessentially Anna Burch; a unique artist whose music bridges gaps between genres. But mostly, an artist whose lyrics and music match the millennial desire to deal with our own turmoil internally. For most of us, that’s memes. For Anna Burch, that’s one hell of a second record.