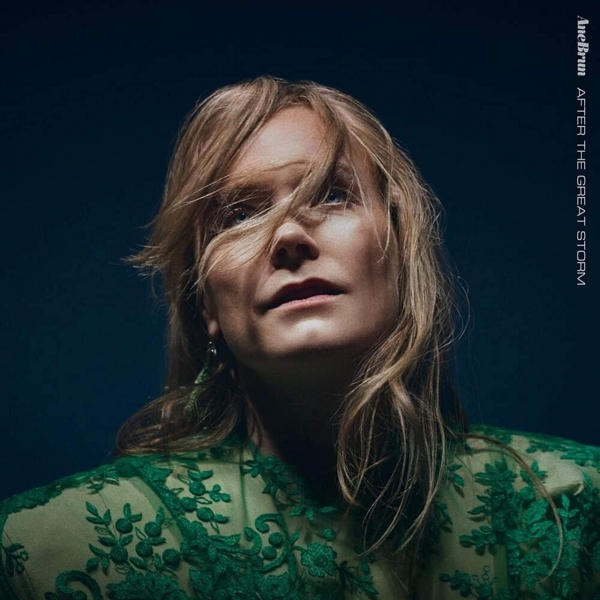 Joining a growing list of musicians who have been somewhat prolific over the seemingly endless lockdown, Ane Brun has been releasing a song a month since March. Little did we know, however, that this was just a preview for the announcement of not one, but two new albums over the next few weeks.

Co-produced alongside Martin Hederos and Anton Sundell and brought to fruition with an comprehensive collection of musical compatriots, After The Great Storm and How Beauty Holds The Hand Of Sorrow represent the Scandinavian stars first new original music since 2015’s existential album When I’m Free, which saw her rise to the top of the charts both in her native Norway and her adopted homeland of Sweden.

The reason for the pause and subsequent influx of material is best explained by Brun herself: “Making an album always involved digging deep into myself, I deal with everything that happens in my life – relationships, changes, challenges – through writing music," She explains. "But when my father passed away in 2016 I neither could, nor wanted to. It was a strange experience: I’m a very process-and-digest kind of person. But, in the grief of losing a parent, it didn’t work. My father was gone. It took me some time to understand that time itself was the key.”

Retreating to a cabin deep in the Norwegian mountains, Brun enjoyed a burst of creativity which resulted in almost all the material on these two albums. “I had a list of topics, ideas and sketches written down,” she says, “and worked my way through them, one by one. And on the day when that last idea on the list became a finished song, I closed the door and knew I had nothing more I needed to say. It was an almost physical feeling. I felt simultaneously empty and fulfilled…”

After The Great Storm is the more upbeat of the two collections, drawing musical inspiration from a wide range of styles, taking in experimental instrumental music, baroque aria’s, electronica and jazz, and channelling James Blake, Solange and Nina Simone in the process.

Opening track “Honey” is a lively love-letter to her youthful self - a fitting reminder that, whatever the situation, we can all benefit from reminiscing about more carefree times - and “Don’t Run And Hide” offers a '90s tinged trip-hop vibe, with fresh energy inspired by contemporary artists Kendrick Lamar and Anderson Paak. On “Crumbs”, which features the Swedish synth-maestro Jennie Abrahamson and multi-instrumentalist Linnea Olsson, Brun muses on the emotional slim-pickings of getting involved with someone already in a relationship, and whilst the opening lyrics on “Take Hold Of Me” may not seem the most motivational (“My existence is screaming / it’s a physical feeling / of missing out on dance and light”), it’s unarguably prophetic for a song that was written at the start of the year.

As we would expect from such an accomplished artist, After The Great Storm is an emphatic record, conjuring up moments of hope and reassurance for difficult times, but also unafraid to reveal flashes of vulnerability and insecurity, all conveyed through an unfiltered and organic new style for Brun.