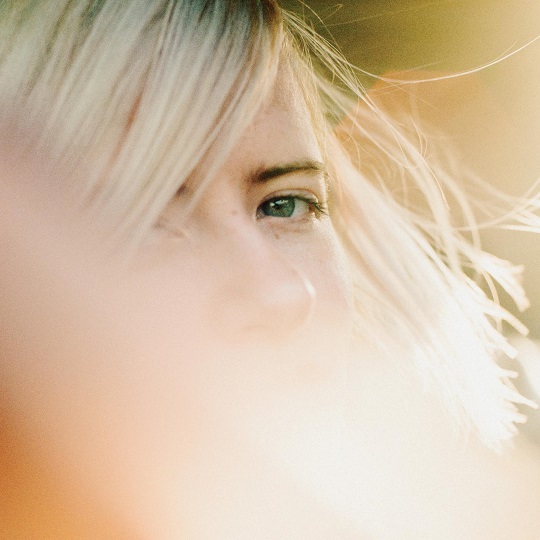 Imagine writing a clutch of songs that you thought were so good it was worth taking a sabbatical from your job to travel to another continent to record them. Well, that’s exactly what Annelotte de Graaf, aka Amber Arcades, has done with Fading Lines.

From the opening, sparkling guitar notes of “Come With Me” you’re left in doubt it was absolutely the right decision to make. De Graaf juggles a day job as a legal advisor for the Netherlands immigration service with being a songwriter. She spent her life savings to fly to New York without a deal to record with her dream band, including members of Quilt and Real Estate. The finished article secured a deal with the ever tasteful Heavenly Recordings.

Over Fading Lines’ ten tunes, de Graaf proves herself to be a songwriter who understands not only how to balance her work/life balance, but the dark and light of her music. As much as she can write a killer pop song - “I Will Follow” and “Right Now” are jangly guitar pop par excellence - the slower, more meditative songs hit the spot just as sweetly. “This Time” is a delight, think Françoise Hardy fronting The Smiths with the addition of a pedal steel player. On the closing “White Fuzz” she channels her inner torch-singer, more Marlene Dietrich than a singer in an indie group, as a wash of tremolo guitars pick and strum in the background over a song of regret and heartbreak.

There have been comparisons with Alvvays, ostensibly because there are jangly guitars aplenty and a female singer, but there the differences end. De Graaf is a different beast lyrically and musically to Molly Rankin and co. Whilst their wonderful debut was about the vagaries of the heart, Amber Arcades are more opaque. The words include musings on jetlag (“Fading Lines”) and idealistic architects (“Constant’s Dream”) and musically they have more in common with the way Stereolab mixed pop and Kraut Rock, where the vocals float over the top of deceptively intricate instrumentation.

Fading Lines is proof that it’s worth pursuing your dreams, if you have the courage to do so. It’s also one of the most infectious collections of pop songs written on an electric guitar this year.