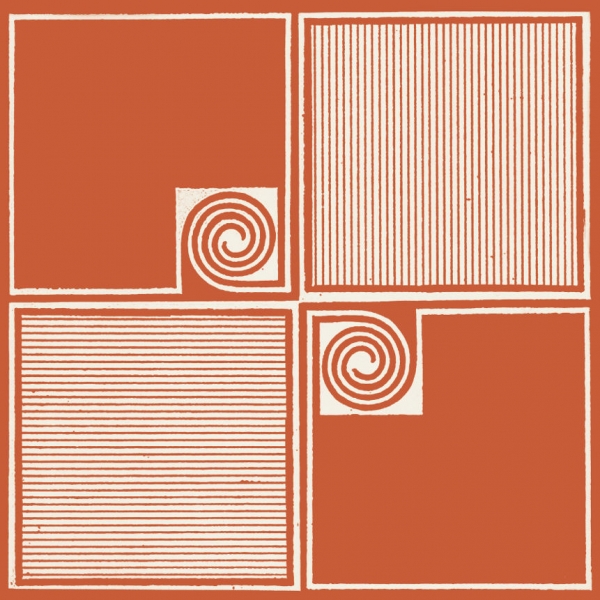 Hailing from the sunny coast of California and having formed the band after all working together in the famous Amoeba Records, Allah-Las’ second LP of psychedelic pop brings more of the authentically laid back and sun-soaked feel of their debut. This time approaching the album as more of a studio record, there are hints of a darker, more mature band here, however Allah-Las are not a group desperate to grow up too quickly; and with the feeling that the laid back Californian lifestyle is so interwoven into their sound, it would be a shame if they were.

"We approached Worship The Sun more as an album, with the songs all built out of the same material and feelings. More of the songs on this record were written individually and then arranged collectively", say the band. Produced by Nick Waterhouse and Dan Horne and recorded in various locations around LA, they’ve also introduced a broader range of instruments such as the steel pedal guitar and vibraphone, which helps to make the psych pop revival style more alive and authentic.

So authentic in fact are its 60s influences, it would be easy to dismiss the record as derivative. Yet the Allah-Las somehow seem to be speaking genuinely through this style and manage to inject some of their own charm into it that makes it feel relevant. All members of the band taking lead vocals on various tracks, as well as some entirely instrumental tracks  such as “Ferus Gallery” and “Yemeni Jade”, adds to the laid back feeling, as does the level mixing. The whole music can wash over you, rather than the whole band being a vehicle to carry the frontman. With the distinctive surfey guitar and dreamy feel being so prevalent and distinctive to the Allah Las sound, it allows the range of personalities in the band to come through and helps gives the record dimension.

The album does lack any clearly defined lead tracks that stand out from the rest, although the subtle, dreamy licks do have the ability to get stuck in your head. There is a small but welcome range of style and pace that stop it becoming so laid back it’s completely horizontal, such as “Better Than Mine”, a more up beat and clearly country inspired song that helps to wake you up following the golden wooziness of the title track. The final number “Every Girl” brings a bit of Rolling Stones inspired rock and roll into the mix, with driving walking bass line and satisfyingly screamed chorus “Every girl’s the one for me/yeah, yeah, yeah, yeah”.

Worship The Sun definitely won’t disappoint fans of their self-titled debut, and the extra production values only adds to their refreshingly carefree style. A perfect album to hang onto the last remnants of long, hazy summer days.