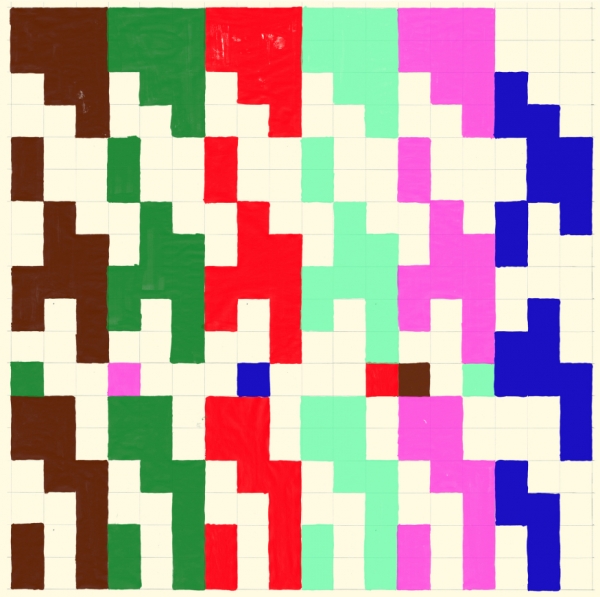 Myth has it that Delta-Blues legend Robert Johnson traipsed to a crossroads at midnight and, as you do, made a deal with the devil: virtuoso guitar skills in exchange for Johnson’s soul. This superb album suggests that New York-based guitarist Che Chen and percussionist Rick Brown may have struck some sort of a shady bargain too.

Only in 75 Dollar Bill's case, the negotiations must have taken place at a spot where desert sands meet bustling city pavements, and the longed-for rare commodity was, and is, largely improvised, experimental instrumental music that doesn't even toy with slipping into aimless noodling, academic reverence for source materials or tasteless displays of technical skills.

Any attempt to describe the proceedings sells the mesmerising contents of Wood/Metal/Plastic/Pattern/Rhythm/Rock criminally short. Imagine that the much-derided term 'world music' referenced genuinely psychedelic - as in unshackled by rules and regulations, rather than another knackered Pink Floyd rip-off - music that doesn't recognise borders or genre barriers, as opposed to being short-hand for authentic sounds deriving from outside of popular music's English-speaking main markets, and you've some sort of a starting point.

The extended "Beni Said", for example, starts off channelling the spirit of Ali Farka Toure on the banks of the River Niger before easing off to a spinning reel that has one foot in arcane Appalacchian fiddle music and the other in swirling Arabic scales. In case that sounds a bit too cerebral, "Cummins Falls" (which follows) packs a whiff of John Lee Hooker - via desert blues heroes ala Tinariwen and Tamikrest which provide the most solid foundation to 75 Dollar Bill's globe-trekking jams - who's decided his one-chord boogies are just a bit too clever for their own good straddling a Bo Diddley beat - raw, ragged and scruffily primal rock and roll, in other words.

But it's the closer "I'm Not Trying to Wake Up" that really explains the praise the album was showered with when it slipped out on a tiny label in the US last year (this is the record's first release in Europe). With saxophone and trumpet entering the frame to enrich Chen and Brown's skeletal groove, with results that emits faint whiffs of, say, the sun-scorched psych-rock of Burning Off Impurities by Grails or what Led Zeppelin might have been up to had they travelled much further away from hard-rock machismo on the Eastern-influenced path suggested by "Kashmir", the workout accrues a hypnotic, ever-intensifying momentum that makes its 15 minute duration seem cruelly short.