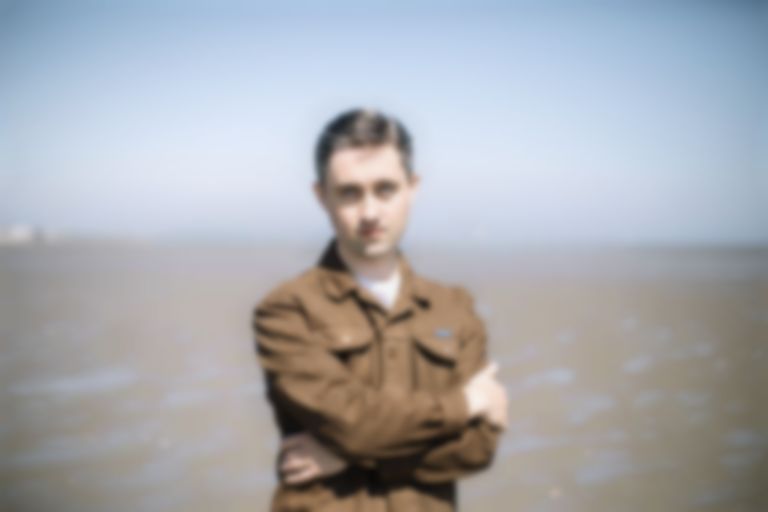 When Villagers emerged with their debut album Becoming A Jackal back in 2010, Conor O’Brien presented a darker, rawer side to folk, allowing his stark vulnerability to spill into every corner of the venues he performed in.

Audiences typically stood in stone-cold silence as they soaked up every detail. Whilst O’Brien still holds the ability to command pin-drop silence at several moments tonight, cuts from new album The Art Of Pretending To Swim allows him to loosen up and have fun which, as it turns out, he’s very good at.

Arriving on stage amid the swell of a glitching psychedelic loop, O’Brien eventually locates the thread by which to pluck the fingerpicked beginnings of “Again” from the madness. Pitch-shifted vocals slice up the track as its subject finds “a space for God again”. The atmosphere is quickly soothed by the chugging guitar strum of “Sweet Saviour” which opens out into a stirring conclusion that builds and takes the drama way beyond boiling point.

Tonight marks O’Brien’s biggest gig to date, and he takes a pause for thought midway through the set to breathe it in. “I opened the London Roundhouse for Tracy Chapman nearly 10 years ago and always dreamed of coming back here to play it for my own show. Thank you all so much for coming out.”

The live arrangements breathe a new lease of life into old songs, making them fit into the soulful, beat-driven palate of TAOPTS; grooves are laced into “The Waves” sitting where the scattershot synth sequence used to be, and "Lighthouse” is given a fuller, grander outro. “Hot Scary Summer” is the first of those pin-drop moments. The performance is bookended with a stripped-back guitar and vocal as O’Brien allows the details of a romance gone sour to be heard in crystal-clear clarity.

The Villagers band are comprised of a multi-talented bunch. If they’re not carrying the songs with tight-knit precision, they’re harmonising perfectly or wielding other instruments throughout. Their powers are truly unveiled in the throws of “Love Came With All That It Brings” which ends with a chirping brass section nestled in with a soul sample and angelic backing vocals. Never has the word ‘motherfucker’ sounded so gorgeous.

“I Saw The Dead” gets a rare outing, its eerie mysticism is summoned from the icy piano sequence before the loose groove of “A Trick Of The Light” shakes it off. The main set is concluded with the off-kilter sonics of “Real Go-Getter” and the gentle lilt of “Ada” which eventually dives into a chaotic swirl of vocal loops and stirring strings. The band quickly reemerge to perform their version of Elvis Presley’s “The Wonder Of You” (which featured in the HBO series Big Little Lies) and “Courage”, topped off with an infectious, mariachi-style brass arrangement.

The frontman is truly present in each song throughout the evening, pouring emotion into every facet of the performance. The emotional investment transports him and his audience somewhere else, never failing to burrow straight to the heart of his remarkable songwriting. He’s nearly averted from this intense focus at the gig’s conclusion as an inebriated member of the audience stumbles a few lines ahead of the second verse of “Nothing Arrived”. He eventually hushes him, realigning the balance of the room before asking the audience to participate in the song’s extended outro featuring three members of the band on flugelhorn; it’s a touching, harmonious end to a thrilling show.