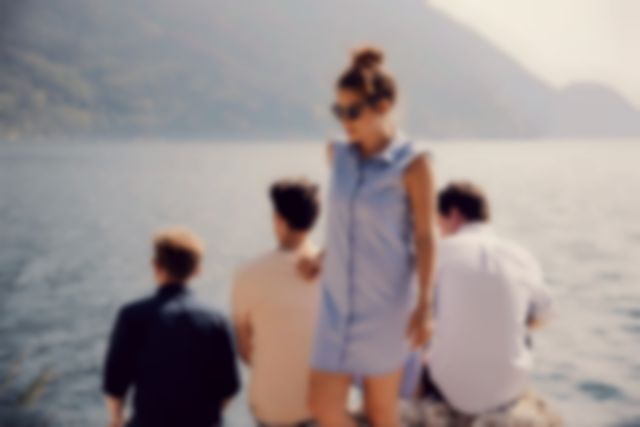 After a string of festival appearances, including Secret Garden Party and Festibelly, Mausi brought their electrifying pop to East London’s Concrete. Playing to a packed out crowd at the underground venue, the band soared through a dance-inducing set against a backdrop of projected Mausi-themed images.

Lead singer Daisy Finetto had one aim for the night, and that was to make sure every single person in the room was dancing, leaping straight into the crowd, dancing and hugging people with a constant, infectious smile on her face.

Opening the set with “Body Language” and “Move”, the band then raced through an impressive cover of Kiesza’s hit single “Hideaway” and two new tracks as the temperature kept rising.

Every song was met with hands in the air, shaking hips and cheers of approval, with the set culminating in latest single “My Friend Has A Swimming Pool”, by which point every person in the room was busting moves they would normally reserve for when no one was around.