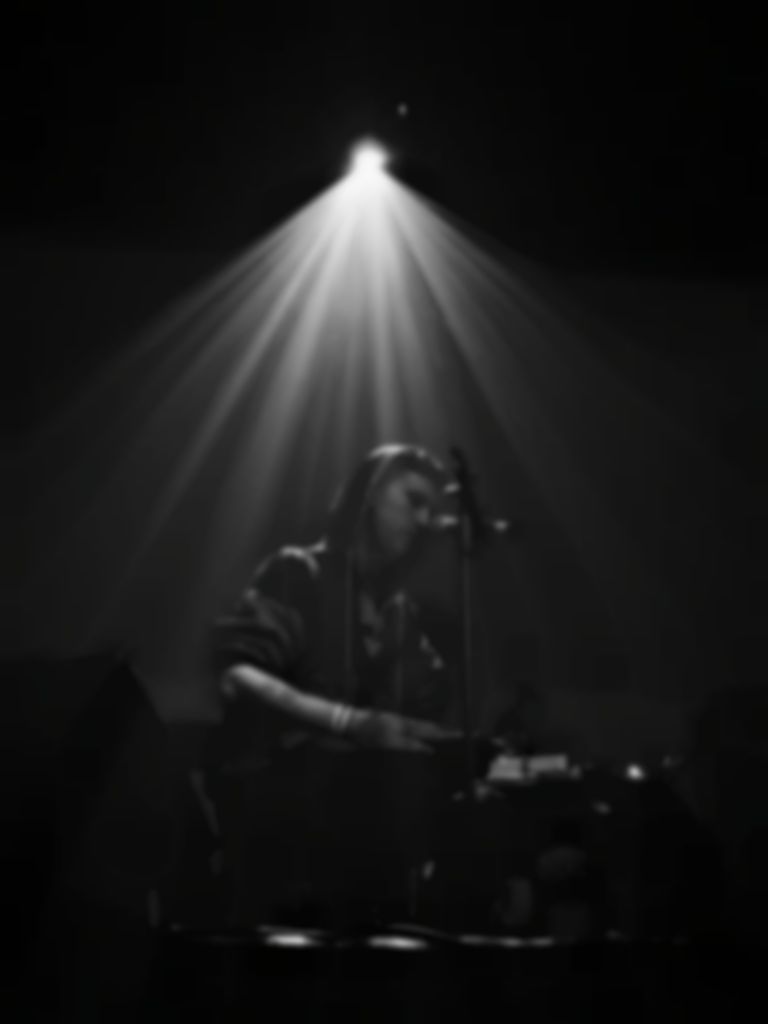 London duo Cloud Boat took to Homerton’s Chat’s Palace last night, to celebrate the announce of their second LP, and return to the capital for a rare live show.

Translating a record sound so dependent on dense production into the live arena can be a project laced with pitfalls – but Sam Ricketts and Tom Clarke (tonight joined by a third, three-quarter length shorts wearing second guitarist) prove it’s one they’re able to carry off with aplomb. Their sound sits with feet placed in several different genre borders, veering from the soft, delicate approach of the gorgeously restrained “Youthern” to moments of epic, grandiose post-rock soundscapes and pulsing, brooding electronica. Although each are equally impressive, the band are at their best when these sensibilities align in one rough direction – notably to great effect on tonight’s airing of latest single “Carmine”.

The star of the show is vocalist Clarke, sitting behind drum pads, sample controller and two microphones – one of which emphasises the raw power of his rich croon with subtle reverb, and the other making him sound like some kind of invading, feminine alien. Both of which sound great, albeit for different reasons – thanks to the pitch perfect vocal, which is poignant and affecting in the lower register, and colossal when rising above a crescendo. Charged with whipping up alternately powerful electronic maelstroms and beautifully foggy hazes, complimented by Ricketts’ guitar adornments, Clarke is a commanding and talented presence.

Few bands achieve the sonic variety over an album that Cloud Boat manage in one song – and for that reason at least, they’re more than worth your time.

Cloud Boat’s as yet untitled second record is released this summer on R&S / Apollo Records, with the lead single “Carmine” available now.