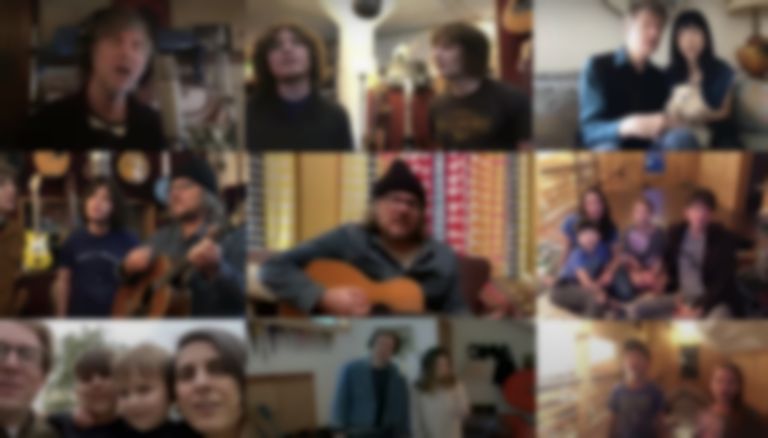 Wilco decided to debut their new single "Tell Your Friends" last night (20 May) on The Late Show with Stephen Colbert.

All proceeds from the single will be donated to World Central Kitchen, and marks the first new Wilco track since their 2019 LP Ode to Joy.

The band debuted the new song on The Late Show with Stephen Colbert as part of the show host's Play At Home series, and saw many of the musicians with their families in isolation. Jeff Tweedy brought in his sons Sam and Spencer on backing vocals (they also made an appearance on Jimmy Kimmel back in March).

The new single is produced by Jeff Tweedy and Tom Schick, and was recorded at Chicago's The Loft studio.

Wilco's "Tell Your Friends" single is available to buy on Bandcamp now.