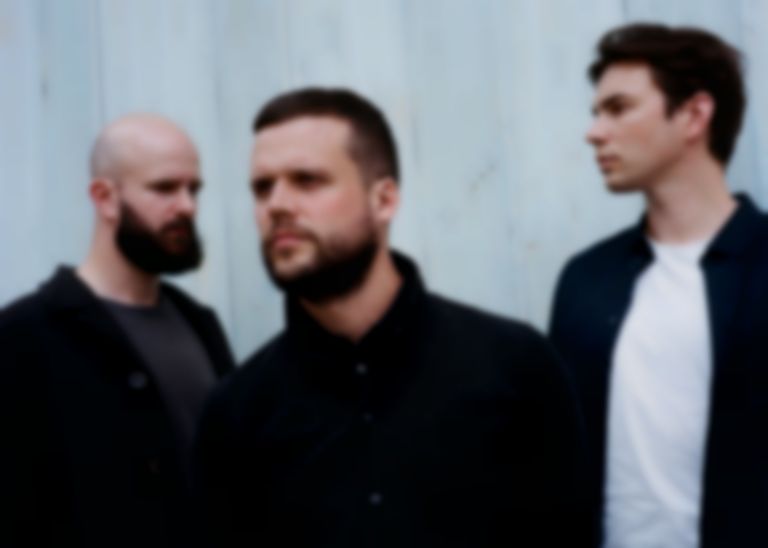 White Lies are back with news of their sixth album As I Try Not To Fall Apart, and have shared the title-track as the first outing.

"As I Try Not To Fall Apart" is the first new material from White Lies in two years, following 2019's "Hurt My Heart" and "Falling Out Without Me" single.

The new track is teamed with a video directed by James Arden (aka The Trash Factory), and is also the title-track of their upcoming album.

White Lies say of the new release, "We wrote this song quickly, late one night, and often the songs which come quickest are written from the gut and the heart, not with the head. We wanted the melody to feel like a hymn, to give the confessional lyrics weight despite being wrapped up as a pop song. It’s about accepting vulnerability as a man, and knowing it’s ok to be broken. There’s never been a more pressing time to spread the message that it’s ok to not be ok."

As I Try Not To Fall Apart will follow the band's 2019 album Five, and was recorded at Sleeper Sounds and Assault & Battery studios in West London. The record features production from frequent collaborator Ed Buller and Claudius Mittendorfer (Weezer, Panic! At The Disco).

"As I Try Not To Fall Apart" is out now. White Lies' sixth album of the same name will be released 18 February 2022 via [PIAS], and is available to pre-order now.