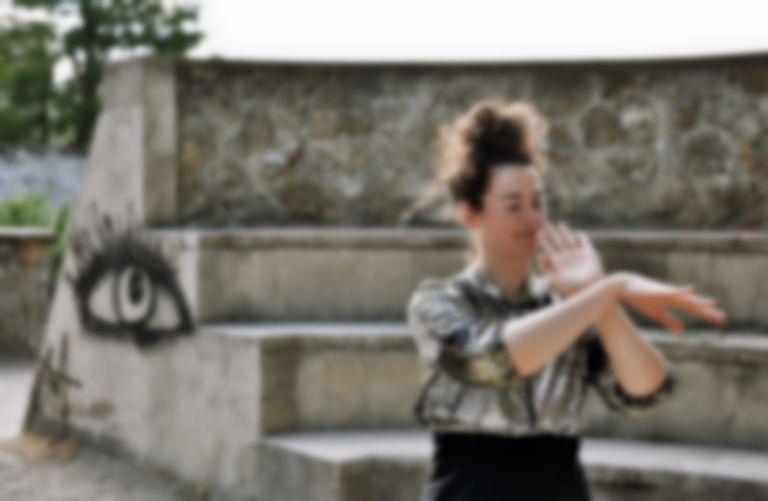 This Is The Kit have released new single "Coming To Get You Nowhere" as a second taster of their upcoming fifth album Off Off On.

The new single follows on from June's lead outing "This is What You Did", and the group's Kate Stables says the song is "about getting stuck".

Stables explains, "We made from footage of our friend's car getting stuck when they came to visit us during our rehearsal time just before we went into the studio to make Off Off On. It felt like a car getting stuck and people having to work together and ask for help to get it unstuck was a fitting story to accompany this song, which is itself about getting stuck and the ways we can help or hinder ourselves when it comes to getting out of unhealthy patterns.

She adds, "Making this video has been really nice for me during this time of not being able to get together with the rest of the band. I miss them and the time we spent together making Off Off On so it's been great to hang out with them in video form. Not as good as the real thing of course but comforting none the less."

Off Off On will be This Is The Kit's first album since 2017's Moonshine Freeze.

The album is produced by Josh Kaufman of Muzz and Bonny Light Horseman, and features a band made up of Rozi Plain (bass/vocals), Neil Smith (guitar), Jesse D Vernon (guitar, keyboards) and Jamie Whitby-Coles (drum/vox). They recorded the LP at Wiltshire’s Real World Studios right before the coronavirus lockdown.

Stables says of working with Kaufman, "We were on the same page about a lot of musical ideas, as well as doing things I wouldn’t do musically. It was a lovely mixture of ‘you’re exactly in my brain and exactly at the opposite end of my brain'."

"Coming To Get You Nowhere" is out now. This Is The Kit's Off Off On album will arrive 23 October via Rough Trade Records, and is available to pre-order now. They play London's Royal Albert Hall on 1 April 2021. Find out more.