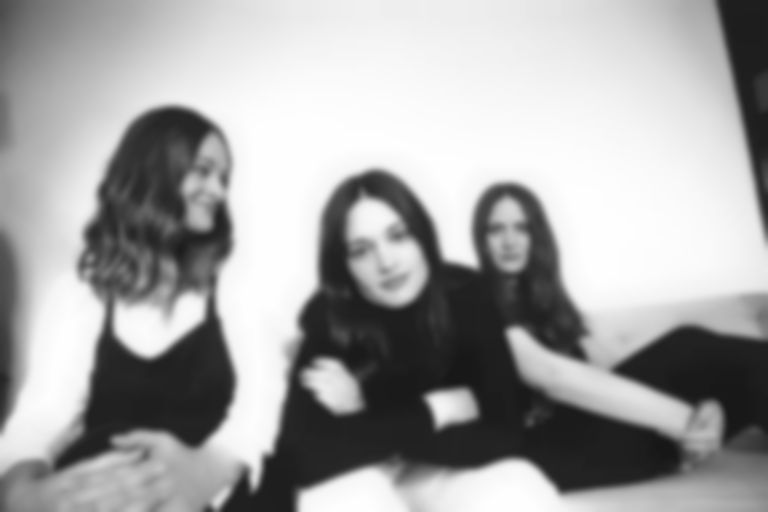 British trio The Staves have returned with their first single of 2020, "Nazareth".

"Nazareth" is the group's first outing since dropping their "Nothing's Gonna Happen" demo in December 2019, and is produced by the trio themselves.

The Staves say of their new single, "We recorded "Nazareth" in one take on a field recorder sat outside the studio in the summer of 2018. The sun was shining and the birds were singing. We tried recording it in the studio but just kept coming back to this version. It seemed to have the magic."

They add, "The song was intended to be in the spirit of an Irish blessing or a kind of a prayer, asking to be kept safe - but it pretty quickly became a more personal and introspective lyric. Moments of glory quickly faded. Worrying, trying. How we mean everything and nothing at the same time. To everyone, to no-one."

Jessica, Camilla and Emily Staveley-Taylor are yet to follow up their 2017 The Way Is Read collaborative EP with yMusic.

Although The Staves haven't released their own LP since 2014's If I Was, the trio have contributed their vocals to songs by huge artists, including Leonard Cohen, Paul Weller, Lucy Rose, Bon Iver and Flyte.

The Staves' dreamy new single "Nazareth" is out now.